‘Colossal Velocity’ is Revenge of the Psychotronic Man’s (RTM) third album, and like 2009’s ‘Make Pigs Smoke’, is a homage of sorts to Alan Partridge. The band even adapted their album trailer to match Partridge’s Alpha Papa. 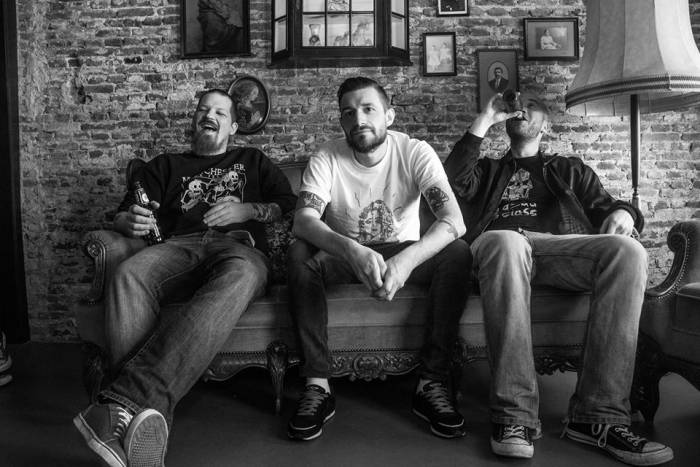 ‘Colossal Velocity’ is Revenge of the Psychotronic Man’s (RTM) third album, and like 2009’s ‘Make Pigs Smoke’, is a homage of sorts to Alan Partridge. The band even adapted their album trailer to match Partridge’s Alpha Papa.

RTM’s sound is reminiscent of early heavy metal and punk, and the gang vocals and energy of the music makes them seem like they’d be an extremely talented live band, too.

‘Colossal Velocity’ is a perfect punk rock album, with the first track, ‘To Be Frank’, reminding me instantly of a Ramones and Motorhead blend – only much, much faster. This song sets the tone of the album in just one minute and seven seconds: it’s fast, shouty, and incredibly catchy. As I listened for the first time, I started trying to pick out the best tracks but after a while that became a bit pointless because each song is better than the last. Their sound is  consistent through the whole album, but it is far from repetitive as the short and sharp songs are all still really interesting to listen to – a change from their last album.

The band describe the album as “having all the speed and energy people expect, but with some new twists and turns, with lyrical content that ranges from changing the world through one minute songs with indecipherable lyrics, to dismantling a Corby trouser press, space travel and former footballer Niall Quinn.” Although the lyrics are sometimes indecipherable, they’re still enjoyable to listen to as they’re growled in a call and response style, accompanied by the guitars thrashing in an almost metal fashion contrasted with more delicate melodies and riffs, and fast paced, powerful drums; this all comes together to create raw punk anthems crammed with solos, breakdowns, and witty lyrics (from what you can make out).

There are brief interludes where the music is slightly slower in ‘I Wanna Be a Spaceman’, and ‘Mr Rabbit’, and it demonstrates that the band are just as good slowed down. However, after around 30 seconds there’s a complete turnaround as they’ve already built back up to the fast and manic music on the rest of the album.

‘Rrose Sélary (To Make a Toast To Life)’, the closing and longest track (at one minute and 40 seconds), was the perfect end to the album, closing the album with just as much energy as it begun with, featuring an awe-inspiring virtuosic guitar solo. This song stands out as one of the few songs without an abrupt ending, gently easing listeners out of the heart-racing 20 minutes.

I can see this album doing extremely well, and look forward to seeing the band live on one of their many tour dates this year: