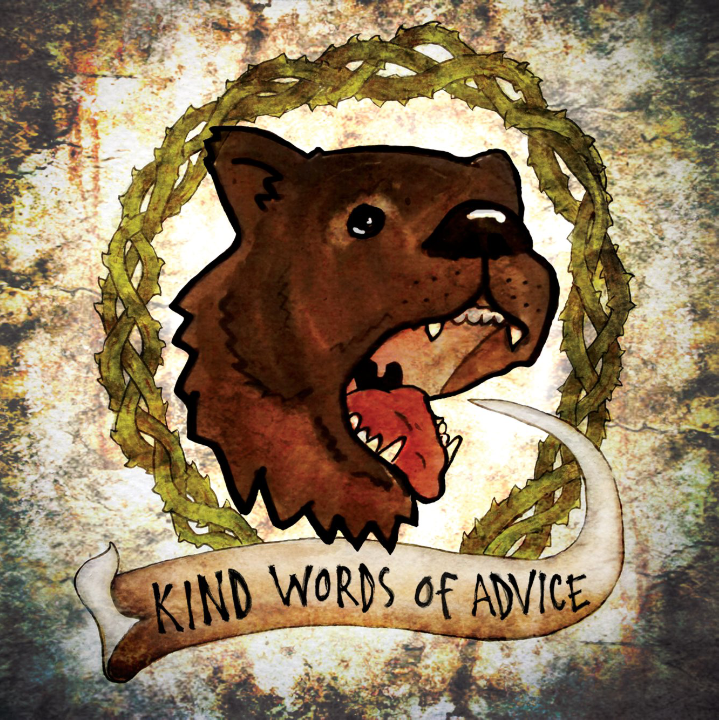 Remember when you first discovered bands like Good Charlotte, Sum 41, Saves The Day and Brand New(the list goes on and on) in your early teens? The passion, the delivery and the message of us against the world was all you needed to get you through mathematics homework and detention(s).

Fast forward to 2015 and punk rock is a real disjointed and ultimately blurred scene, with the incorporation and sometimes evolution of emo, indie and pop to name a few, making the days of old school punk rock reminiscent of the bands mentioned above an almost distant blur. Thankfully, there are some bands that still keep it direct and simple, step forward…Record Low.

‘Kind Words of Advice’ is a party bag of punk anthems, beginning with ‘Broken’ a slow burning track that contains some stellar lyrics that would not sound out of place amongst any of the Punk Rock heavyweights. The cries against change persist as a constant theme for the song fit with reference to being alone and a lack of sleep…that oh so relatable feeling.

‘Too Many Times’ sounds like it was written in the ‘Your Favourite Weapon’ Brand New era with its punchy and clinical lyrics that are laddered over the top of some real impressive hooks and guitar solos. It’s a track that lends a hand from emo influence but maintains its punk rock integrity.

‘Maybe, It Wasn’t Meant To Be’ is a teenage-angst driven track that has a more old school punk feel to it but it’s a track that I feel is not quite the finished article. Its pop punk lyricism is well written but the screams seem needless and disjointed. It’s not a bad track and I am sure a live performance would make me eat my words but as a part of the EP, it fails to stand up amongst the other tracks.

‘For Rose’ is the closer to the EP and weighs in at just over two minutes long, its personal origin is evident and it’s a track worthy of closing this impressive EP. It’s direct and leaves the listener wanting more when it finishes rather abruptly.

‘Kind Words of Advice’ is a step in the right direction for Record Low. It’s not quite the finished article but it shows enough glimpses of their potential to make it an EP worthy of being added to your music collection. In a time that is evidently a period where Record Low are starting to build their ‘sound’, for the most part, this EP shows that. Unfortunately sometimes the aims and direction become unclear in some cases but as a whole it screams to me that this band is one that needs to be added to all ‘Ones to Watch’ lists because the nucleus they have built on ‘Kind Words of Advice’ is very impressive.