Realm of Torment, A band hailing from Southampton, the home of one of the south coast’ best D.I.Y communities, recently released a new record called Testament of Hope & Despair. 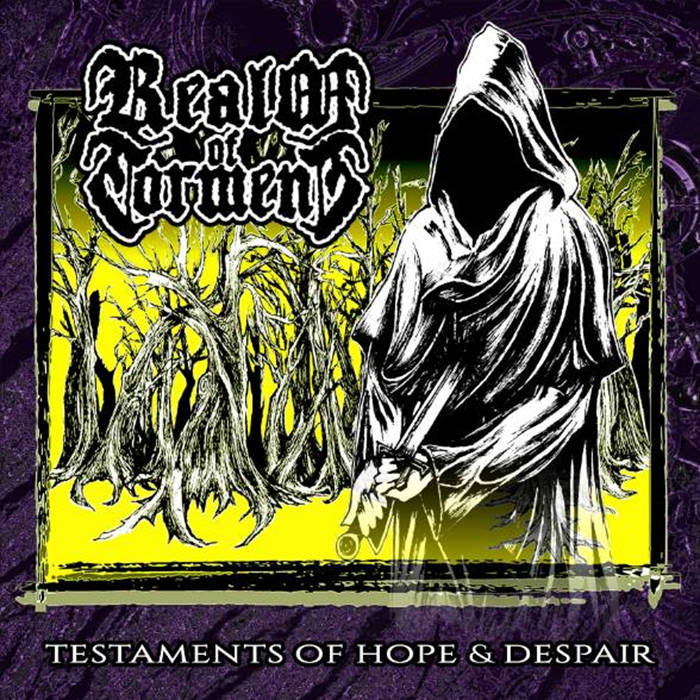 British Metal, Metalcore and Hardcore has never been healthier in my lifetime as it is now, and the D.I.Y ethos is as prevalent as ever. New bands are literally forming left right and centre, and thanks to social media, putting on shows, starting a label, getting your bands name more widely known has never been easier.

Realm of Torment, A band hailing from Southampton, the home of one of the south coast’ best D.I.Y communities, recently released a new record called Testament of Hope & Despair. The first thing I’m going to talk about that I really enjoyed on this record was the acoustic, toned down yet intensely atmospheric (but not cheesy – easily confused.) interludes such as Beyond a Tranquil Sky and Quiet under the Moon.

Compared to most of the rest of the release, instrumentally the band ease up on the atmospheric, emotive and menacing “Quiet under the Moon”. However, through the middle of the track, the vocals are emotive and desperate, kind of like a less dramatic incarnate of Last Witness.

The final minute or two are haunting – just an acoustic guitar, and a return to the spoken word, with repetition of the words “as you bleed out, I kill your dreams.”

On first listen, the intro and opening track reminds me of bands such as All Out War, even older Parkway Drive. However, through the rest of the record, whilst comparable to bands such as Renounced, it’s clear Realm of Torment are in a league of their own. Moshy as fuck, packed with riffs and samples – what more do you really want from the perfect Metalcore record?

Final track ‘Your Sanctum Fades’ is a personal highlight, and feels like heroine – as even though it is the end of the album, it leaves you desperate for the next release by R.O.T – because this track is brutal as fuck. Throughout the whole album there’s beatdown influence, however this song is a downright kick in the face from start to finish.

I thoroughly enjoyed this offering from Realm of Torment, and if you like Riffs, angry whispering and “Smoke ‘Em” era Parkway with acoustic interludes pissing in the blood soaked snow, then you will too. Big up R.O.T and Rage HC doing great things with heavy music in the south coast. If you own a fully operational set of ears and a pulse, then you will enjoy this album, and as such if they play a live date near you, get to it, you know it makes sense. FFO: Riffs, whispering, 2006, the pit.