Pity Sex, The Death Of Pop and Pushing Daisies at The Louisiana, Bristol

Run For Cover Records are home to some of the highest calibre lo-fi, grunge and emo bands and on Wednesday night at the Louisiana in Bristol, it was Michigan’s Pity Sex who were to take to the stage armed with supports from Pushing Daisies and The Death of Pop. Brad went to the show and gave his thoughts… 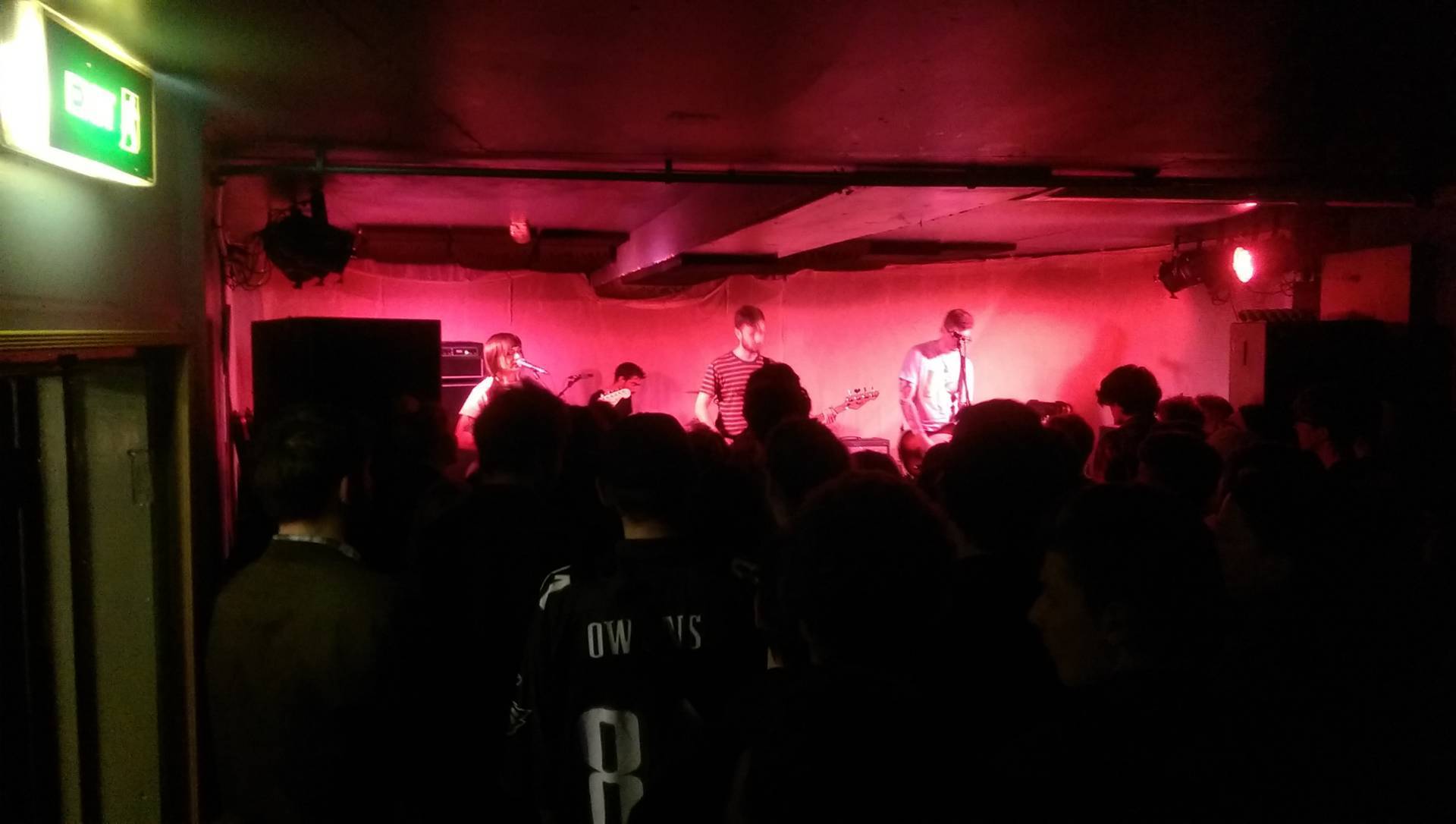 Run For Cover Records are home to some of the highest calibre lo-fi, grunge and emo bands and on Wednesday night at the Louisiana in Bristol, it was Michigan’s Pity Sex who were to take to the stage armed with supports from Pushing Daisies and The Death of Pop. Pity Sex have built a strong fan base of whom are hooked on their lo-fi fuzz pop that they execute with a punk vibe running through their veins.

Beginning the night was Bristol up and coming emo punks Pushing Daisies, playing a show with one of their favourite bands was a milestone for their career but they handled such pressure to deliver a fine slice of their refined sound that combines many influences. Tracks like ‘Late Night Run’ and ‘Self Beliefs, I Have None’ went down well with the adoring crowd, not to mention their performance of an as-yet unreleased song ‘In My Head’ that sounded like one of their finest tracks yet. As ever, passion levels were through the roof and Pushing Daisies made sure that nothing was left on stage as they added another great set to their long list that continues grow and it won’t be long before this band gets their break.

Coming up next was The Death of Pop, a real psychedelic outfit who played a real tight and concise live show with a selection of songs from their albums ‘Two Thousand and Thirteen’ and’ Runts’. The delivery was very The Smith-esque but dabbled in more contemporary foundations reminiscent of modern Indie and shoegaze-y origin. Live, their shoegaze lo-fi recording theme present in studio releases was lost and their sound was a lot clearer and if I am honest, I actually preferred it. Their talent is evident but a little too much self-indulgence on stage and in the form of drawn out intos/outros lead to a few audience members to be disgruntled. To their credit, many people adored them and were dancing along to the undeniably catchy tracks so despite splitting opinions, I believe everyone will admit they put on a good show even if their sound doesn’t float your boat.

In a calm-fashion Pity Sex take to the stage, running through a routine sound check before they unleashed their lo-fi scuzzy pop onto the near sold-out Louisiana. It was a credit to them just how modest they were, something that made it refreshing. Pity Sex are a big band there’s no doubt about it, with a strong following like theirs many bands seem to become easily arrogant(sad but true) but to Pity Sex’s credit they just love playing, showing it at every corner in their passion field set.

Wielding through their finest slices of tracks from ‘Feast of Love’ and ‘Dark World’, beginning with the euphoric ‘Wind-Up’ that made the entire crowd sound like a cull of banshees as they all imitated that guitar solo. Tracks like ‘Acid Reflex’ from their split with Adventures and ‘Drawstring’ received praise from the adoring crowd and it was a real surreal experience to see a band that I had listened to so much in the past twelve months. Whilst the majority of the crowd loved every second of the set, some people around me failed to understand the style and sound of Pity Sex which was a damn shame because it is something that once you do understand it, oh my, do you get hooked.

Pity Sex have received countless positive reviews throughout their UK tour and this another one, as they documented why they have such a buzz around them and I can confirm, it is very well deserved. I only hope that they will be back once again in the near future.