Irish garage punks, Otherkin, have released a 12-track debut album, ‘OK‘, and it’s roughly 40 minutes of brilliant, harsh, catchy, youthful rock. ‘Treat Me So Bad‘ is the perfect introduction to the album. It’s exactly what the band have said they want their songs to be – “punchy, lean, and blazing”, and it’s almost reminiscent of The […] 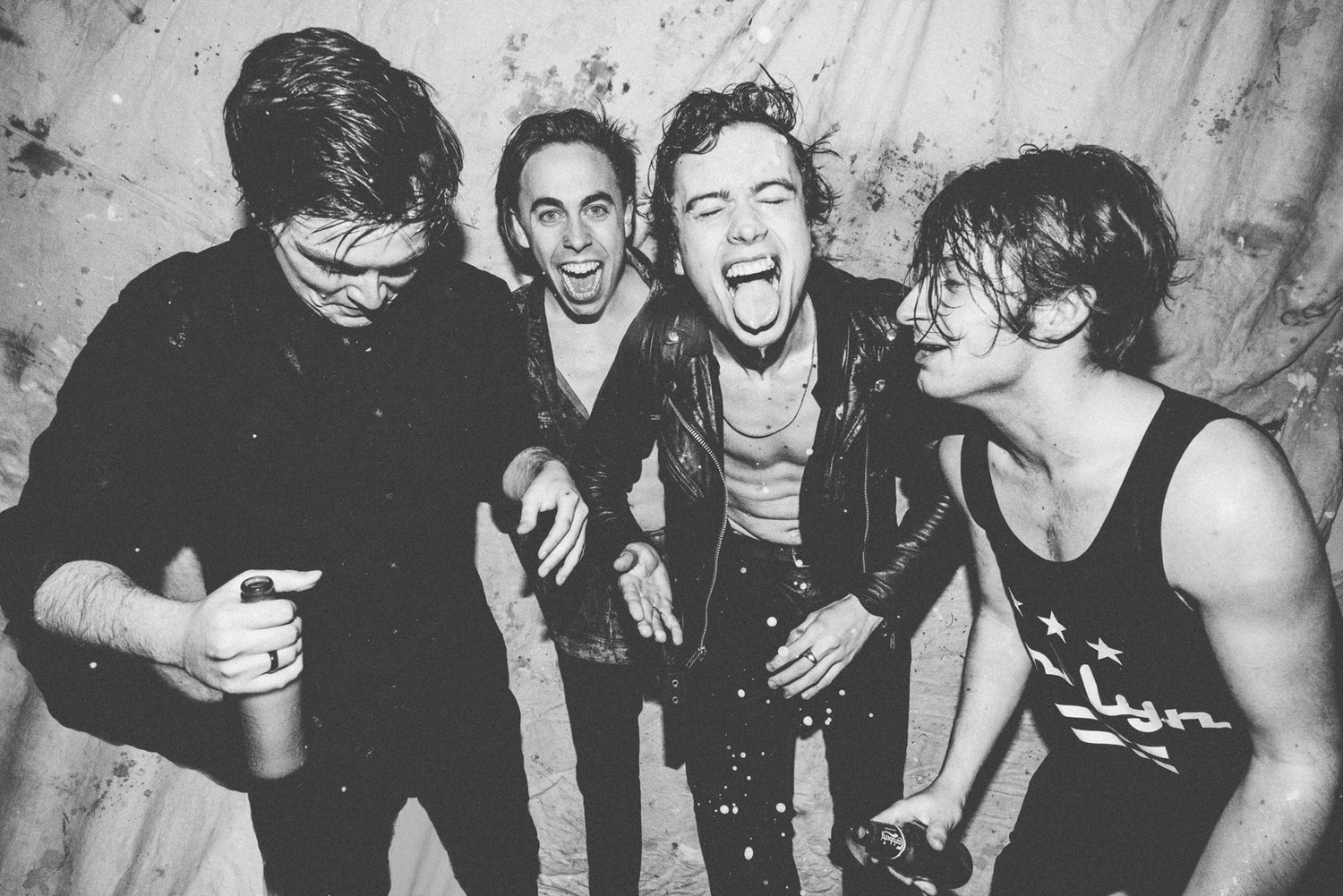 ‘Treat Me So Bad‘ is the perfect introduction to the album. It’s exactly what the band have said they want their songs to be – “punchy, lean, and blazing”, and it’s almost reminiscent of The Strokes‘ debut, ‘Is This It?‘. From the first song, Otherkin display the potential to be huge. Over the past few months alone, the reputation of their insanely energetic live shows spread quickly round the circuit, as did questions about whether or not their debut could live up to the hype. Safe to say, it more than does so.

‘Ay Ay‘, was the single that forced people to notice Otherkin, and rightly so. The lyrics are sharp, intelligent, and crooned over a filthy bass line, snappy riffs, urgent drums, and a face-melting guitar solo. Although appearing to follow similar structures and styles to most other songs on the album, Otherkin avoid the ‘sounding samey’ trap that many new bands fall into. Whilst crafting their own individual sound born out of a love for The Clash, Queens of The Stone Age, Ramones, and Blur, they create enough variety in ‘OK‘ to keep you interested. It’s all very exciting.

”89‘ is a slower jam compared to the rest of the album. It’s slicker with rhythmic lyrics, and a catchy chorus (this seems to be what Otherkin specialise in) that’ll make you want to groove; feeling more reminiscent of early 2000’s garage. ‘Yeah, I Know‘ follows in all it’s call and response glory, and it will, like the whole album, have you wanting to thrash about at a show. This is another one of Otherkin‘s talents. It seems like their songs were made to be heard live. The choruses were written to be screamed back at the band, head-banging and mosh pits galore.

‘Bad Advice‘ for me, is one of the highlights of the album. It was the first song I heard by the band, and it had me hooked in about 10 seconds. Growling vocals atop one of the most infectious riffs ever, a driving bass line, and drums that’ll have you frantically air-drumming in your room all make for a winner. The fact that it’s only 2:22 (the shortest song on the album) just leaves you wanting more.

Their new, political, and provoking single, ‘REACT‘, is one of the most impressive on the album. With a mammoth solo (the lead guitar is a particular highlight across the album), and smart lyrics, asking you if you’re going to resist, you can’t resist bopping along to this one.

‘So So‘, closes the album as the band’s longest song at 5:22. Like ‘Enabler‘, it’s refreshing to hear a longer track from the band, proving that they can do more than short, snappy songs. ‘So So‘ builds and builds, carrying you to the bridge, before an almighty crescendo which takes you to the final ball busting, intense, aggressive chorus. It feels like the ending of a gig. A great end to a more than ‘OK’ album.