On Saturday, Orphelins took to the stage of The Louisiana, Bristol to celebrate the release of their long-awaited EP. Armed with two support acts in the form of Dead Royalties and Cosmic Ninja, Saturday was a feast for upcoming Bristol artists. 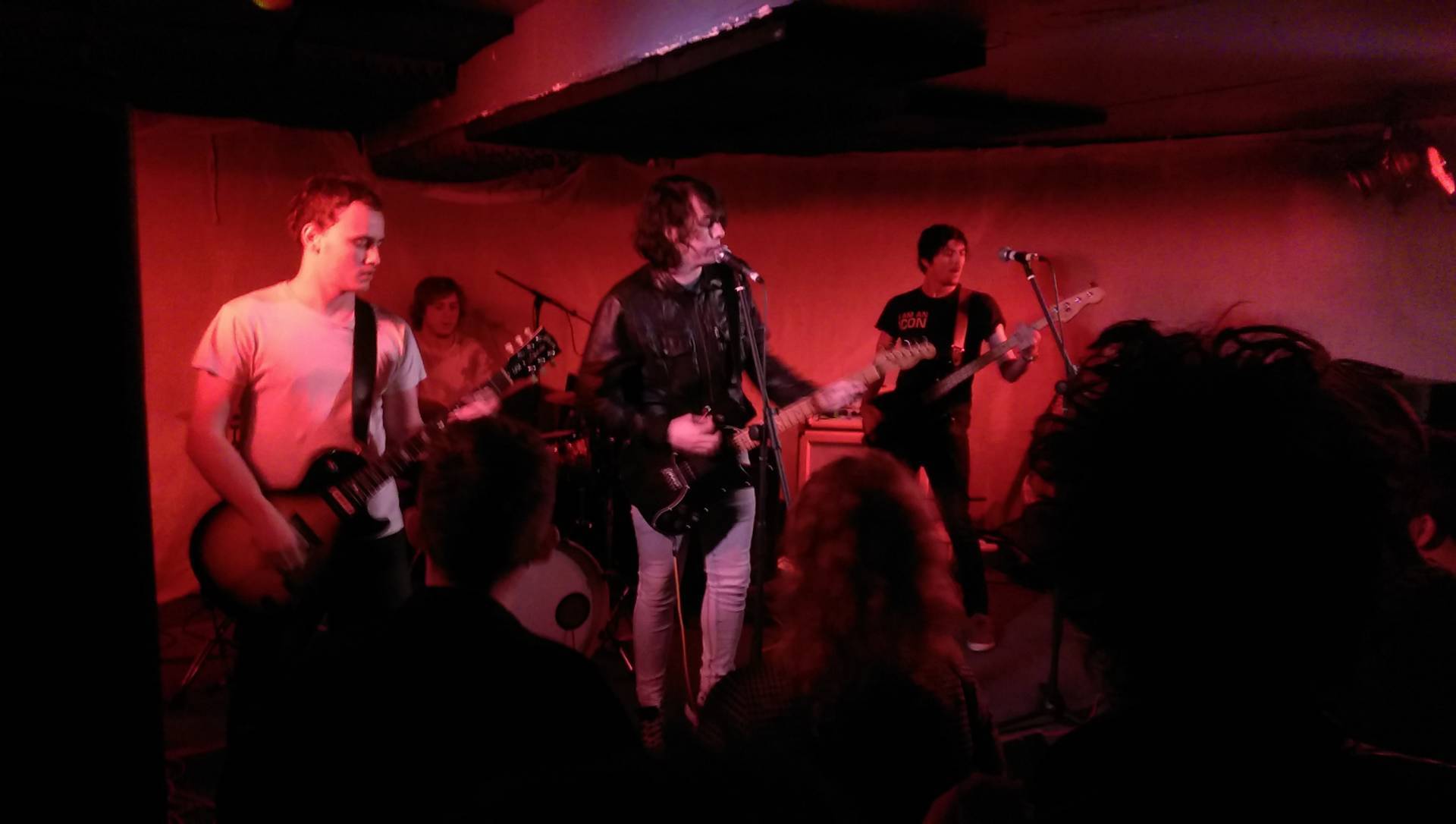 Midnight on Friday saw Orphelins release their debut EP, something that had been in the making for a number of months for this Bristol Four-Piece. ‘D.I.Y’ is available now (here). On Saturday, Orphelins took to the stage of The Louisiana, Bristol to celebrate the release of their long-awaited EP. Armed with two support acts in the form of Dead Royalties and Cosmic Ninja, Saturday was a feast of upcoming Bristol artists.

Opening the proceedings were Cosmic Ninja who delivered a set that demanded attention. Reminiscing glimpses of bands such as Hadouken, Enter Shikari, The Prodigy and Pendulum, Cosmic Ninja seem to have a real niche sound that although at first is hard to swallow, is undeniably infectious. The sound is a complete mess, but in a very good way. The tracks tonight were eccentric, emphatic and engaging – a key component to any live band, but even more key to a band who has such a unique sound. I have seen many mathcore bands live as well as many bands who fuse dance into their music and I can honestly say Cosmic Ninja have got the balance correct. Each member is evidently extremely talented, most notably Drummer, Duke and Vocalise, Tamsin. With the right drive, visions and promotion Cosmic Ninja could just be the next break out band in the ‘undefinable’ scene.

Dead Royalties took to the stage next, and honestly I really enjoyed them. Despite admitting this was their first show for a little while, there were impressively no signs of that throughout their performance. Their set included tracks taken from EP ‘Hormones’ as well as new tracks ‘Revolting Revolution’ and ‘Sons and Daughters’. One thing I learned from seeing them live, which was also my first time hearing them too, was that they have a real knack to write a ridiculously catchy tune. Sounding a bit like Bloc Party mixed with the The 1975’s less commercial tracks, their sound was unique but comfortably familiar. Their lyrics are memorable and filled with witty quips such as “I make a living by barely living at all”, a lyric that has been engraved in my mind ever since Saturday and is quickly becoming one of my favourites. Their set was memorable as many of the crowd soon picked up the lyrics and I am sure many of the people in attendance would have checked them out after. I will put my neck out and say now that Dead Royalties really do have something special and I have no doubt that if they maintain this level of live performance and releases, they really will be onto something.

Now, after the two support acts it was time for Orphelins to take to the stage. The excitement was evident for these four guys who really deliver a live show with immense passion. Their sound is similar to that of The White Stripes but has a more contemporary feel to it namely like bands such as Razorlight and Kaiser Chiefs (albeit, more aggressive). They played just shy of an hour and received a large ovation after each song as they whittled through fan favourites ‘This Is Mine’ and ‘I Wouldn’t Touch Harry’s Guitar’. Frontman, Ashley Jackson clearly reveled in the attention and the moment as he produced a find vocal performance as well as excitingly enticing the crowd at any given moment. Having spoken to the band beforehand, one of the main aims for the night was to get vocalist Ashley, to crowd surf and if that was to be a measurement of how successful the night was, he did it I am sure Orphelins have a real sense of relief that finally they now have an EP out that they can send to promoters, labels and of course, to fans. It was a good night for all bands involved and Orphelins seemed ecstatic with the response and so they should be.