On Saturday, I was lucky enough to get the chance to see one of my favourite bands, Nothing But Thieves, live for the first time. The sold out show at Bristol’s Trinity Centre exceeded all expectations I had for the night. 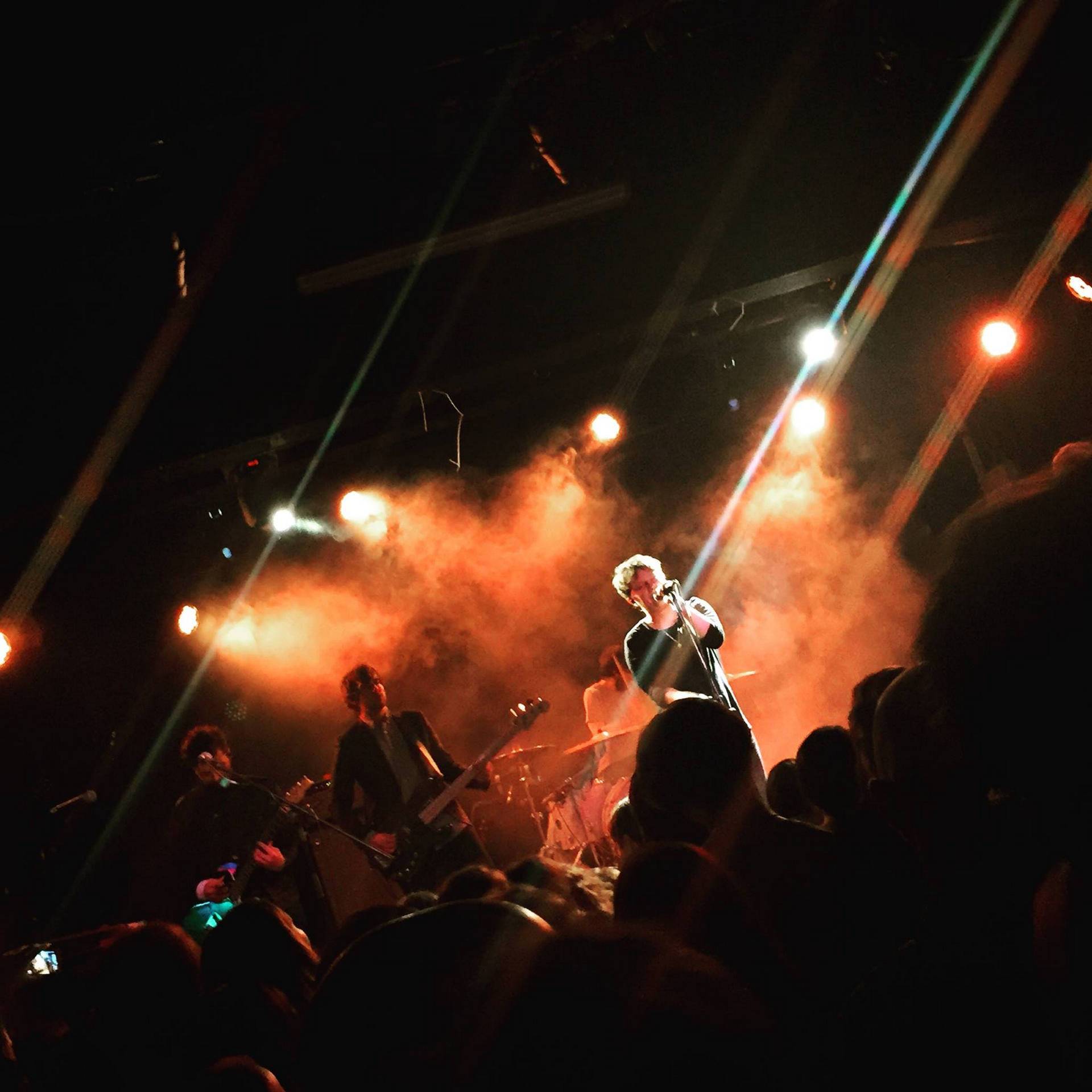 On Saturday, I was lucky enough to get the chance to see one of my favourite bands, Nothing But Thieves, live for the first time. The sold out show at Bristol’s Trinity Centre exceeded all expectations I had for the night. The band put on an exceptional performance and I personally couldn’t think of a bad word to say about it. Going into the gig, I had not listened to the support acts, Sundara Karma and Black Foxxes, before but after seeing them both play I can certainly see myself becoming a big fan of both.

To begin the night, we heard three-piece rock band, Black Foxxes, playing their own take on the grunge sound whilst inheriting several twangs from ventures ranging from Deftones to early Biffy Clyro.  The band is currently working on some new music after removing their old EP’s from all music platforms. They have recently released their new single ‘Husk’ giving us a preview of what to expect from their new style. They played this song live and I thought it was awesome; I will definitely be keeping an eye out for their new tracks.

Following the great performance from Black Foxxes was Sundara Karma. As they started to play their first track I didn’t really know what I expected to follow, nor did I expect that it would be something I would like… but I was wrong! The band played their singles ‘Flame’ and ‘A Young Understanding’ in their set; both being incredibly catchy. I knew the words and was singing along by the second chorus!  The rest of the songs were just as good, I am already looking forward to listening to the rest of their stuff and seeing them again!

Finally, we get to Nothing But Thieves. As this was my first time seeing them, my expectations were already high; I thought they were going to be great and I didn’t want anything to disappoint me, and nothing did. From the first song of the set, ‘Itch’, I could tell that they were going to hit it right out of the park with the rest of the show. I can honestly say I did not think there was a single flaw throughout the whole show. The fact that they have managed to record an excellent album, and then perform it, in my opinion even better, to their fans is insane! I could tell through the whole set just how much it meant to the guys that people had come to see them and everybody, even if you’re not a fan, could see how much effort they were putting in to make it a great show. Following on from the emotional side of things, the band also covered Pixies ‘Where Is My Mind’. Frontman, Conor Mason, described just how much the song meant to them as a band and how it had influenced their style and music. I think it was just great to see a band put so much effort and emotion into a performance because it means so much to them and they know how much it means to the fans. The band as a whole put on an exceptional performance however vocalist, Conor, must have had to do some pretty tough warm ups before he went on stage. Anyone who has listened to Nothing But Thieves before knows how Conor, on record, hits some high notes and holds them for quite some time, I personally didn’t think that he would be able to do that live, but I was wrong! He did it throughout the whole set and managed to look like there were no problems whilst he was doing it whatsoever! What he was feeling on the inside could’ve been a different story…

To finish off, I thought all three bands were amazing, and I would very much like to see all three of them again, maybe even see Black Foxxes and Sundara Karma at one of their own headline shows. I will be listening out for new music from all three bands and suggest you do the same! And if you get the chance to see any of them, don’t hesitate!