Translating their great success with singles such as ‘Itch’, ‘Trip Switch’ and ‘Ban All The Music’ to a full-length album looked to be a difficult task. However, Nothing But Thieves have absolutely smashed it with this release and I cannot recommend this album enough – an album of the year contender, no doubt! 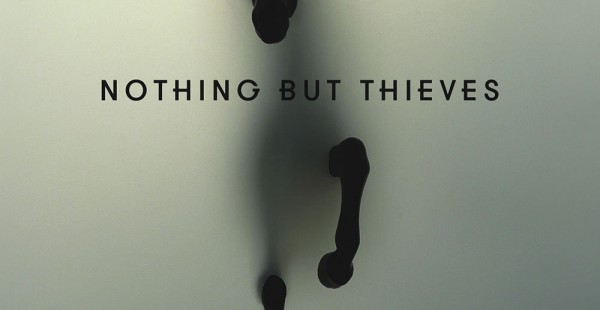 Nothing But Thieves are a quintet from Southend fronted by their energetic and enigmatic lead singer, Conor Mason. Conor’s mind-bending vocal range is nothing short of incredible, both live and on record. The talented five-piece have taken their time to release their debut album; instead working on touring, releasing singles and promoting themselves. This approach led the band to performing at various festivals this summer with seemingly only 3 or 4 singles…what an achievement!

After catching up with the guys at 2000 Trees, I have been desperately waiting for their album to drop and now I finally have the chance to see what it is like. Album opener ‘Excuse Me’ is a slow-driven track that progressively builds up simultaneously to a backing vocal that sounds like a haunting choir which etches into your brain.
The album is littered with ‘singles’ that the band has previously released so in many ways, there is only a few tracks on here that are new to me. However, the previously-unheard album tracks are nothing short of exceptional – they even led me to a debate with one of my colleagues about which of these tracks we’d release instead of one of the actual singles…it was tough.

‘If I Get High’ is a perfect example of the talent and diversity of this band as they venture down the more tear-jerking emotional route that could quite easily be present on Radiohead’s OK Computer. Staying on the point of diversity, ‘Hostage’ couldn’t be a more opposite song to ‘If I Get High’ as it has a punchy 80’s overtone with lo-fi vocals that make you feel like you’re in some kind of Vice City night club. Another interesting track is ‘Painkiller’ because it sees Nothing But Thieves at their most punk; strolling through a quick-drum beat and harrowing guitars, this song is a real treat amongst the track list and I am sure this will be a hit live.

In a day and age where mainstream ‘rock’ is often linear, predictable and stale it is a real treat to be able to listen to this album. The release sounds like the Southend five-piece threw hundreds of influences into a massive melting pot and created an addictively engaging and interesting album that still maintains a familiar feel.

Translating their great success with singles such as ‘Itch’, ‘Trip Switch’ and ‘Ban All The Music’ to a full-length album looked to be a difficult task. However, Nothing But Thieves have absolutely smashed it with this release and I cannot recommend this album enough – an album of the year contender, no doubt!