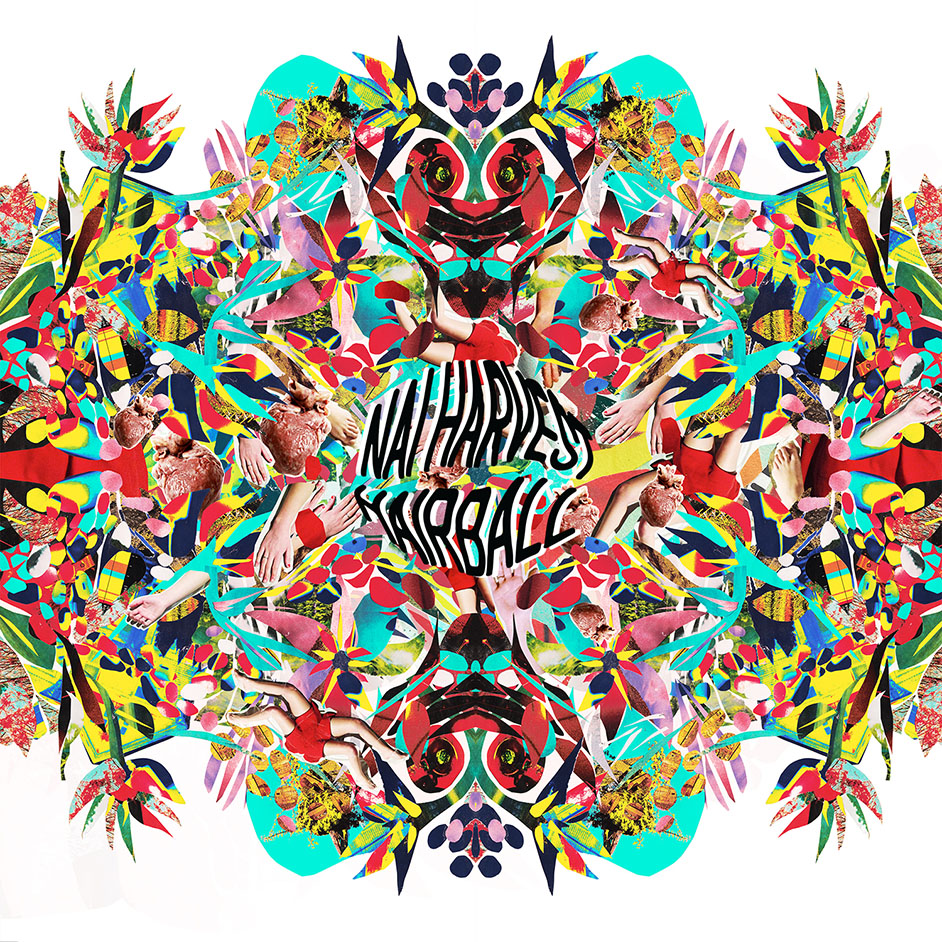 ‘Hairball’ is the new album for Indie Scuzz Rockers Nai Harvest; a band who has certainly put themselves into the public spotlight in recent years. Known for excessive touring and fun-fuelled live shows, Nai Harvest have built a strong reputation amongst the UK underground scene.

‘Hairball’ is the follow up to 2013’s ‘WHATEVER’ and what a…interesting return it has proved to be.

Nai Harvest to me are a very garage, grunge tinted band who flirted with a lot more punk on previous releases. ‘Hairball’ sees a detour from this formula per say and sounds like Nai Harvest took a trip to New York, listened to a lot of Cage the Elephant and The Drums whilst shall we say, spaced out. The new style is very fuzzy and leans a lot closer to indie rock, a beast that certainly they struggled to contain on previous releases.

Sadder and more emo-backboned songs have been removed from Nai Harvest’s inventory and been replaced with catchy, hook ridden straight-up indie rock. The album that is released just before summer seems to be heavily influenced by good times, sunshine and partying.

‘All The Time’ has a real Glastonbury-moment feel to it, with bandanas, eccentric shirts and aviators to boot. The “I, I, I want it all the time” is as infectious as it is dreamy, that intertwines with a devious strong structure of indie gold.

‘Melanie’ leans closest to their previous material, with strong punk influenced drumming and riffs but the newly found dream-haze vocals overlaid makes this track that demonstrates the changing in the waters for Nai Harvest.

The key to creating an album like ‘Hairball’ is to not alienate your fan base. The whole feeling of the album is just to have a good time, and if the artwork is a reflection of the creation of this album, Nai Harvest have undoubtedly put everything into ‘Hairball’. It’s a coming of age record that sees them loosen the ‘emo’ noose around their neck and let their inner party come out to play.

Every track has a certain anthemic sparkle to it whether it’s through a catchy vocal melody, a screaming riff or just a dreamy hook, ‘Hairball’ is a definite summer-time album. In terms of longevity, I don’t know how this album will stand up against previous releases for diehard fans but from someone like me, with not a whole lot of knowledge about Nai Harvest ‘Hairball’ definitely offers enough to justify an addition to my music collection.