A trip over the border to Bristol for the penultimate date on the rescheduled Beyond the Barricade tour. The whole idea of the tour was to play smaller venues again and get rid of barriers for a more intimate feel and The Fleece is an ideal venue. 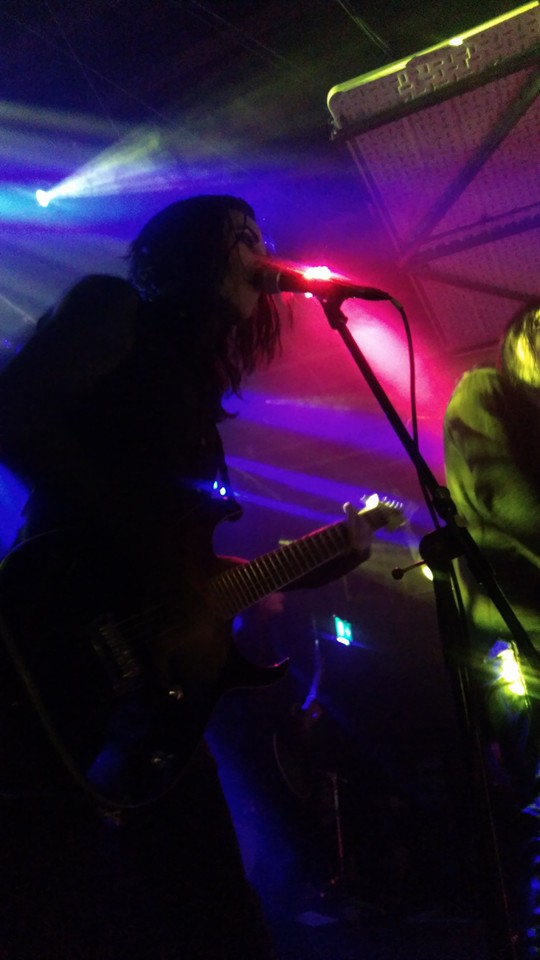 A trip over the border to Bristol for the penultimate date on the rescheduled Beyond the Barricade tour. The whole idea of the tour was to play smaller venues again and get rid of barriers for a more intimate feel and The Fleece is an ideal venue.

Due to the rescheduling, the original line-up had to be altered slightly as original opening act Chelsea Grin were unable to tour so they were replaced by Silent Screams. The energetic progressive hardcore quartet ensured the crowd were never standing still and pits were open from the start. A great act full of enthusiasm, energy and most importantly, incredible tracks and they shredded their way through their set including The Way We Were and A New Normal.

Up next was New Years Day. The Anaheim based quintet have been through several lineup changes but the current line-up has an abundance of talent and had the crowd hooked from start to finish. Front-woman Ash Costello’s vocals were as close to perfection as you can get towards the end of a tour as she powered through hits including Kill or be Killed, Epidemic, Malevolence and fan favourite Angel Eyes. The intricate solos and riffs from guitarists Nikki Misery and Jeremy Valentyne stood out perfectly and the drum/bass combo of Trixx and Brandon Wolfe respectively was flawless.

Finally, the moment everyone had been waiting for. Motionless in White took to the stage to the introduction of Death March and from the get-go, frontman Chris Motionless had fans screaming along. While it was evident at parts in his vocals that he was feeling ill, he never let it get to him and put on what can arguably be the best show I’ve seen. There was something for everyone in the set with tracks from all three of their studio albums including crowd favourites such as Devil’s Night, Abigail, A-M-E-R-I-C-A and their biggest hits Immaculate Misconception and Reincarnate. Hatefuck saw a dedication to all the girls in the venue. Ash returned to the stage for a very flirty rendition of Contemptress. Immaculate Misconception had the best reaction of the night and proceedings were slowed down for the emotional Sinematic. The crowd were taken back a bit with a top-notch cover of Linkin’ Park‘s One Step Closer. While at times, it was hard to hear the backing vocals from rhythm guitarist Ricky Horror and bassist Ghost, the set was otherwise perfect with intricate riffs and provided a great end to the gig and the touring cycle for their previously released album Reincarnate.