Mallory Knox have enjoyed a successful year since the release of album Asymmetry in October 2014 and to finish 2015, the rock quintet embarked on an aptly named Homecoming tour with support from Scottish trio The Xcerts and Florida pop punkers Set It Off. 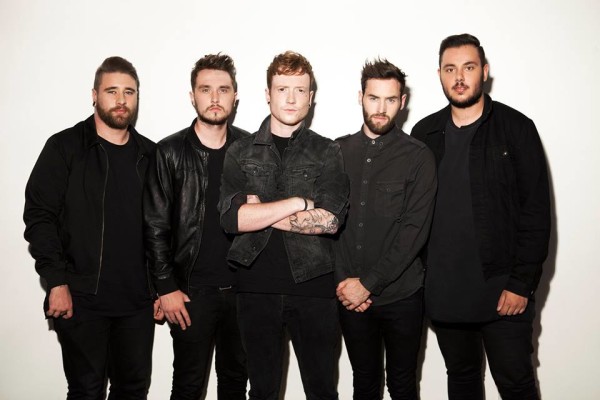 Mallory Knox have enjoyed a successful year since the release of album Asymmetry in October 2014 and to finish 2015, the rock quintet embarked on an aptly named Homecoming tour with support from Scottish trio The Xcerts and Florida pop punkers Set It Off.

The Xcerts opened the Cardiff show with tracks from There Is Only You including Shaking In The Water. The trio put on a good set in which lead vocalist Murray Macleod kept thanking the crowd for “looking this way and listening to us” however the crowd interaction didn’t go so well, with only half the crowd participating. A band I hadn’t heard much of before arriving, but one that I have since looked up and really enjoy!

Up next was American quartet Set It Off. In the queue before doors, it was clear that many of the crowd were here for the pop-punkers, which was evident with the rousing screams as they took to the stage. This was the bands fourth time in the UK this year after a tour with Crown the Empire, their own Duality headline tour and then Slam Dunk festival and they surely didn’t disappoint! Opening with summer anthem Forever Stuck in our Youth before heading into fan favourite and former set opener The Haunting, which saw vocalist Cody Carson embark on his usual crowd walking, albeit a very awkward experience for the frontman, as the majority of those in the crowd where he went, didn’t expect it, thankfully a few did, ensuring he remained upright before crowd surfing back to the barrier (and almost kicking me in the head). The angsty set continued with N.M.E and another crowd favourite of Wolf in Sheeps Clothing. A very lively set that was slowed down into an emotional, acoustic rendition of new single Wild Wild World. The set finished with the customary Why Worry and ended with the crowd responding with the bands ‘duality’ hand sign.

Finally it was time for Mallory Knox. The Cambridgeshire quintet opened up with Shout at the Moon and played track after track of hits, all screamed back at them. An energetic set, however not without problems. At one point, the set had to be stopped for guitars to be fixed, leading to vocalist Mikey Chapman to joke “it’s just you and me Dave” as the drums and mic were the only things to not break. As the band played through a vocally flawless set including hits Heart & Desire, When Are We Waking Up, Ghost In The Mirror and Getaway, the crowd sang, danced and moshed until the very end.

All in all, a great way to celebrate the bands homecoming!

However the night wasn’t over for me as I was one of the 4 lucky people who got to have an interactive songwriting workshop with Cody Carson, lead singer from Set It Off. The 30 minute session (cut short due to venue restrictions) was a very helpful insight into how to make the most of ideas and how best to formulate a good song, also learning insights into Cody’s thought processes when writing and some stories behind some of the bands hit songs. A very helpful session from one of pop-punks best songwriters.