Lower Than Atlantis, Moose Blood and As It Is @ O2 Academy, Bristol

It was Friday night and the Bristol O2 Academy was set for a fantastic night… an evening showcasing three bands that have all taken 2015 by storm. 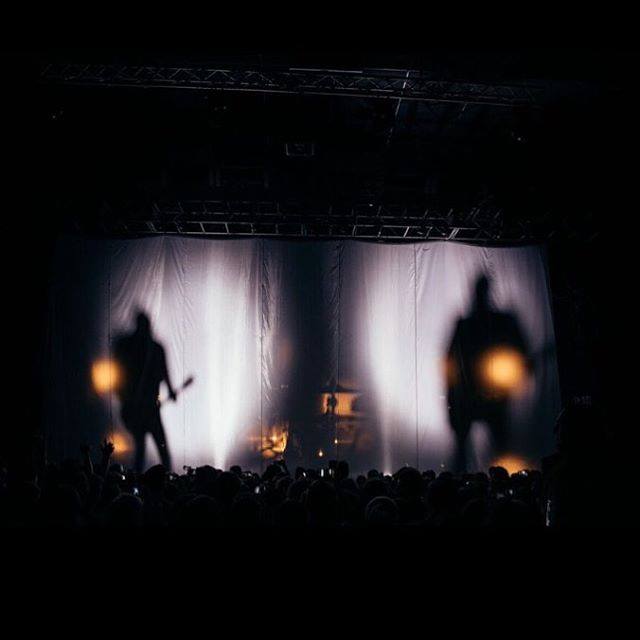 It was Friday night and the Bristol O2 Academy was set for a fantastic night… an evening showcasing three bands that have all taken 2015 by storm. First up were pop punks As It Is who stormed through their set in fast-paced onslaught. Their set was mostly made up of tracks taken from their highly adored debut album ‘Never Happy, Ever After’ but did feature some old tracks that the adoring crowd responded to with loud voices and vigorous jumping. Pop punk is thriving right now and As It Is are certainly a band who are at the forefront of this resurgence, demonstrating the importance of melody and how encapsulating it truly can be for an audience. The dual vocals from Patty and Ben are something I wish they used more on their studio recordings as the contrast between the two live really does work a treat. There was a little issue with the sound for their set in terms of mixing which took the sparkle off of their performance but for the few hundred singing every word back at the barrier, can only mean that it was a successful night’s work.

Moose Blood were up next and the emo sweethearts tinged the room with a different kind of feeling than what was present with As It Is. The emotionally driven tracks cut to the core for many of the audience, who like myself, have used this album as a form of solace and related to many, if not most of the lyrics present within their debut album ‘I’ll Keep You In Mind, From Time To Time’. Playing the finest cuts from this record, eloquently and beautifully, Moose Blood live are a different kettle of fish to their studio recordings. Live, the sheer emotion broadcasted from each member is nothing short of mesmerizing and really does explain why they are one of the most sought after bands of this calendar year. Superb band both live and on record and I cannot wait to see them again.

Crowning off the night was of course, Lower Than Atlantis. The Watford rockers have had a whirlwind year; releasing their self-titled album that has seen the band reach the deserved heights in which they always could. Their set was a celebration from the outset and a real demonstration of just why Lower Than Atlantis are one of the best British bands around right now. Beginning their set with the anthemic ‘Get Over It’, the tempo for the show never dropped until Mike Duce serenaded the crowd with an acoustic rendition of ‘Deadliest Catch’. Everything about this performance was top draw and it was clear to see that this band are finally reaching the heights that they deserve. All four members are absolutely fantastic musicians and the bond shared between them is something that is both admirable and clear to see for the adoring fans. What I liked a lot about them is there is not one shard of arrogance amongst their performance…all members seem genuinely surprised and honoured to be receiving such a rapturous reception and if tonight is anything to go by, the quartet better get used to playing sold out shows because they have the world at their feet.