The Amity Affliction returned to SWX in Bristol with support from Fit For A King, Gideon and Seeyouspacecowboy. 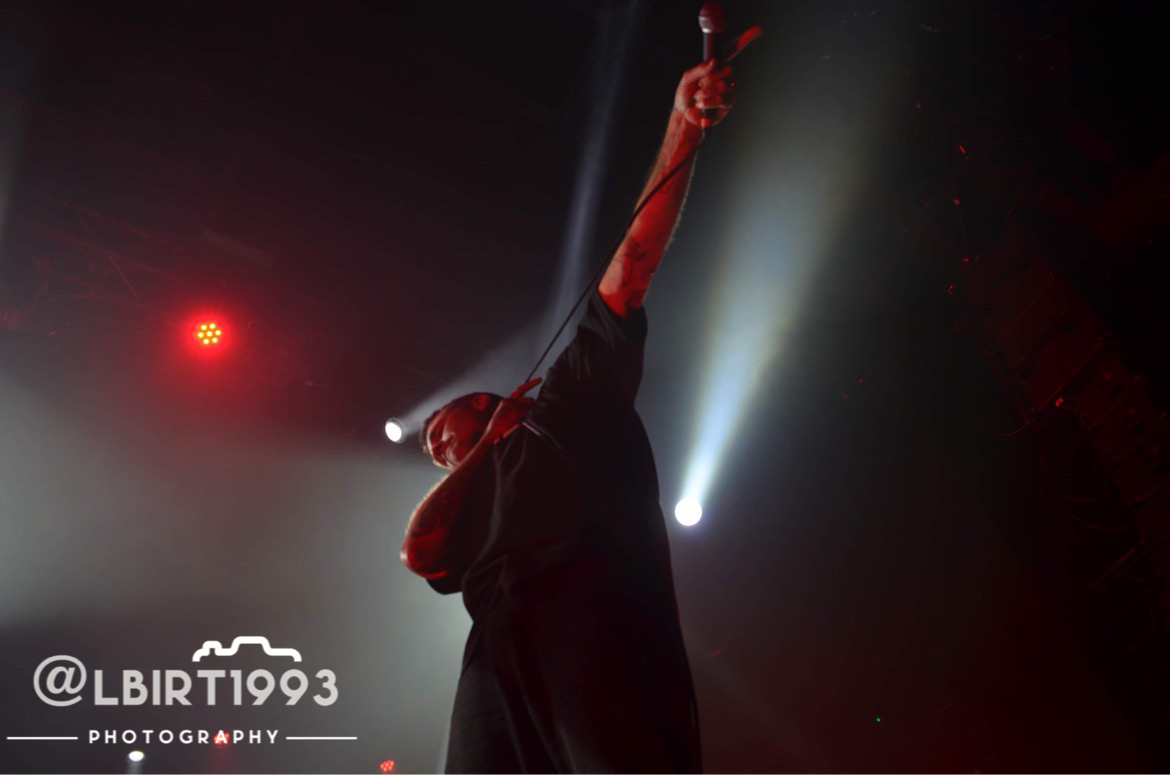 It’s the first live show of 2023 and it’s a trip across the bridge to Bristol to see The Amity Affliction.

It’s been almost four years since I last saw Amity and it also happened to be in the same venue – SWX, albeit it has had a significant refurbishment since.

First up is Seeyouspacecowboy. A band I’ve quite enjoyed for a while now but one I was a bit disappointed with. Don’t get me wrong, the band themselves were good but it seemed like the mix for the vocals was slightly off as it was quite difficult to make out at times.

Whether that’s just my hearing starting to go after years of not wearing ear defenders at gigs (look after your ears people) or whether it was the mixing itself, I don’t know but it did impact my enjoyment of the set.

Gideon were up next and were extremely enjoyable – even with the technical issues early on which took them a few minutes to sort out.

Technical issues do happen but I do think the band could have handled it better as while the issue was being worked on, the band weren’t keeping the crowd entertained.

The final support act for the night was Fit For A King and they were incredible. Opening with The Hell We Create, it was obvious that FFAK were not going to hold back in the slightest.

They were entertaining, playing through the most recent three records – 2018’s Dark Skies, 2020’s The Path and last year’s The Hell We Create.

It was finally time for The Amity Affliction to take to the stage and unsurprisingly they didn’t disappoint.

The band were due to play this tour back in October but postponed it to allow for some time to regroup and while fans were understanding, I’m sure most also came away with the same thought as me – that they’re glad it was initially postponed as we were given a fresh Amity who were not only on top form but surpassed every expectation.

They started off with arguably one of their most popular songs in Pittsburgh and played through a wide range of tracks from their back catalogue such as Drag The Lake, All My Friends Are Dead, Don’t Lean On Me and All Fucked Up.

There were technical issues too with Amity leaving the stage for a short period halfway through Chasing Ghosts and when they returned, they jumped straight into I Bring The Weather With Me.

There was a single song encore with Soak Me In Bleach, ending the set on a high.

Throughout the set, the band and crowd were energetic and you could see the emotions in the face of Joel and many of the fans in the crowd who connect strongly with the lyrics and the band.