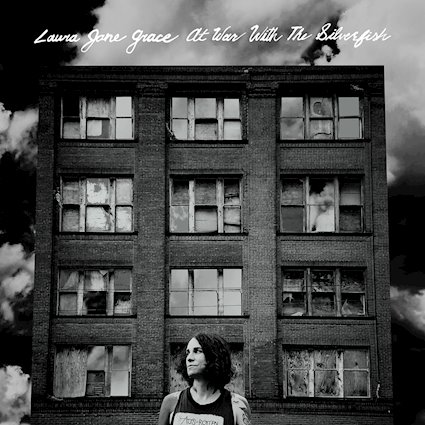 The acoustic guitar for opener Three Of Hearts provides a calm introduction to the surprise release. It allows for Laura’s vocals to shine through. Lyrically the song talks about hearts being broken and worthless and questions the biggest risk you’re willing to take. It’s a short track at just over one and a half minutes long and ends abruptly.

Long Dark Night picks up the pace slightly compared to the opening tracks. It’s a song that you’d most likely turn to when you’re angry – with a string of expletives dotted throughout. It’s a cathartic listen.

All of the songs are just under two minutes long, with the exception of halfway marker Electro Static Sweep, which is just shy of three and a half minutes. It’s mellow and relaxing.

I don’t know what it is with artists making short songs about everyday food/drink items (Five Seconds of Summer, I’m looking at you with Pizza) but Laura Jane Grace’s Day Old Coffee picks the pace up on the record and is quite frankly a piece of weird goodness.

Yesterday’s Pt II begins with “I know I sound insane” repeated and quite frankly, I think we can all relate to that. This is a very cool track to end the record on.

The instrumentation on the record is simple but this doesn’t detract from the wholesome feeling you get from listening to At War With The Silverfish.

As someone who admittedly hasn’t listened to much from Laura Jane Grace, I really enjoyed the record. It’s one for a bit of background music rather than stick it on and blast, but it’s definitely something I can see myself going back and revisiting many times.