Jet Setter – Never Had It So Good

Jet Setter released their debut EP ‘Never Had It So Good’ was released last month and here is what Brad thought of it! 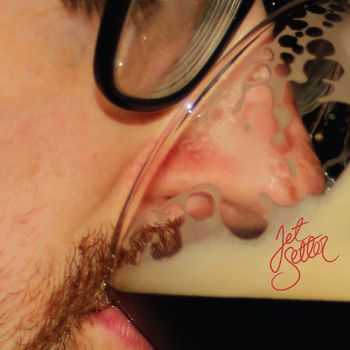 Jet Setter channel influences from bands such as The Stooges and The Replacements and have been compared to fellow musicians such as The Smashing Pumpkins and Dinosaur Jr. The Dublin quartet have now released their debut EP ‘Never Had It So Good’ on the back of making a strong name for themselves for their straight to the point take on indie rock.

Now it’s 1990 and Billy Corgan, James Iha, D’arcy Wretzky and Jimmy Chamberlain have just started work on ‘Gish’ an album fuelled on their ‘oddness’ and never being the ‘cool’ kids in school. What would come after that release was a meteoric rise appealing to hundreds of thousands of people who deemed their music relatable.

Throughout out the EP, riffs are delivered in delicious ways and drives and the personal heart-felt lyrics truly shine through. Most notably on ‘Swerve Tours’ and ‘Nothing Left to Say to You’. Their swagger in their instrumentation is something that is often hard to pull off in a manner that deems you to create good music. Luckily for Jet Setter, they do and then some. Similar Indie Rock bands focus too much on who they are trying to be as opposed to what they want to be, this again, being something Jet Setter don’t do and it’s such a relief to hear a fresh take on indie rock.

They remind a little bit of Stereophonics in their aviator-wearing cool ethos yet, deliver some of the most potent and astute lyrics I have heard in a long, long time.

One thing that frustrates me with this EP though, is that they didn’t make it into a full length. They aren’t the most accessible of bands and I honestly mean that in the most complimentary way possible. This EP took a few listens to understand their material, and once it clicks, it is something quite stupendous. This EP is a fantastic beginning for Jet Setter and with a bit more defining of their sound and experience, their next release could be a Libertines-esque game changer.