Okay, whoever thought of this tour is an absolute genius (someone give the guy/girl a medal!). There is bound to be chaos as I head to Cardiff’s Clwb Ifor Bach for Heck and Black Peaks co-headline show. 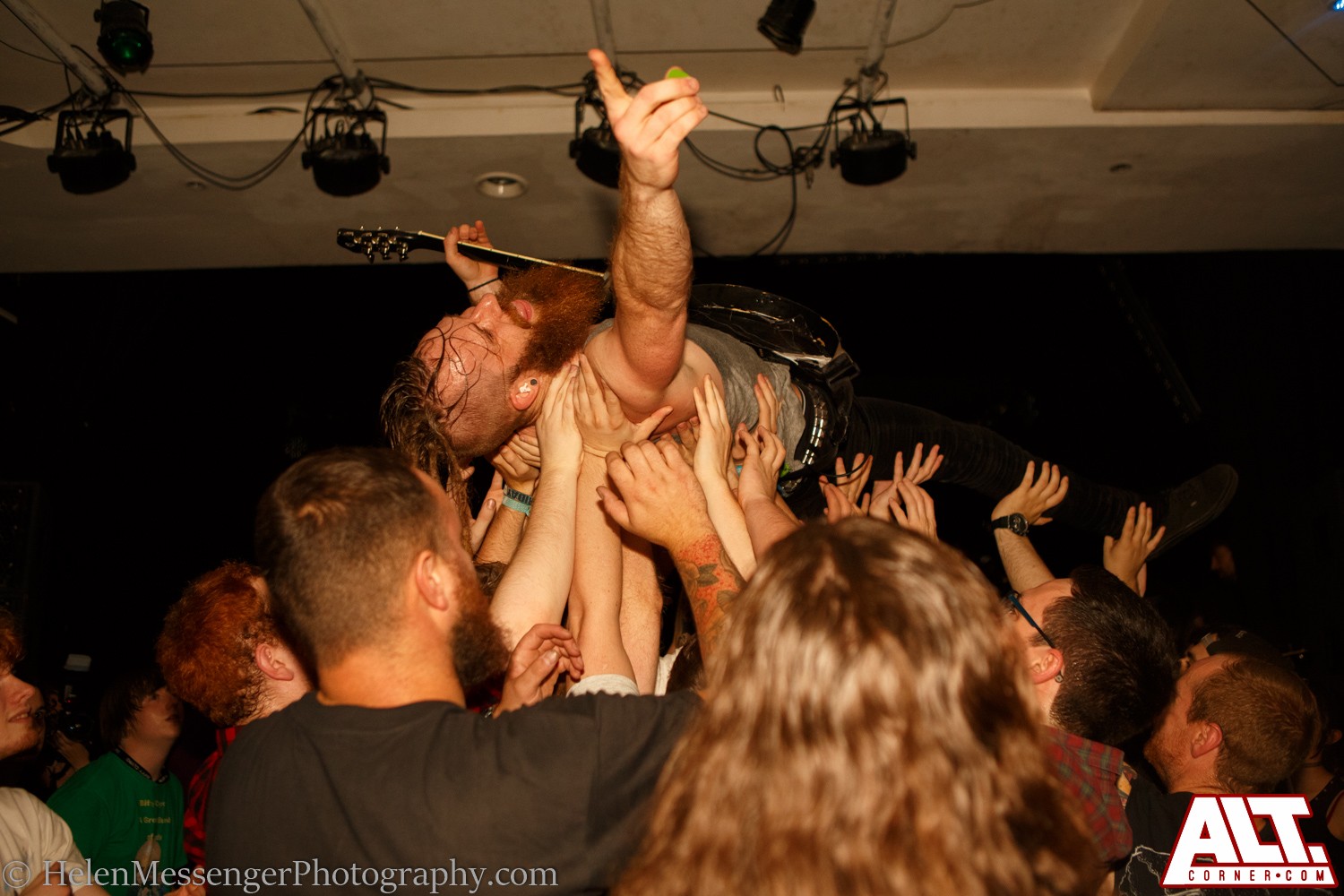 Okay, whoever thought of this tour is an absolute genius (someone give the guy/girl a medal!). There is bound to be chaos as I head to Cardiff’s Clwb Ifor Bach for Heck and Black Peaks co-headline show.

First up is London’s This Be The Verse. Using a tambourine is unexpected but it works well. At times during the opening track, it is hard to hear the vocals over the drums. There is a hint of what’s to come with the frontman heading into the crowd on multiple occasions until he switched from tambourine to guitar. The fourth song in the set had intermittent drum/bassline which is unusual but super effective in keeping the crowd interested. This is a really promising band with very good vocals, if at times they are a bit shouty, however, there is no communication with the crowd until just before the last track. The jury is always out on how much interaction with the crowd is enough, but personally, I like a bit of interaction even if it’s just the name of a track or two.

Black Peaks enter and immediately engage with the crowd, telling everyone to come closer. Vocalist Will is in the crowd opening up a circle pit before the first track is even halfway over! There’s a mixture of tracks old and new including Closer to the Sun which goes down very well with the crowd. Vocals are good throughout, very strong. Circle pits open up a few times at Will’s request, even seeing the frontman enter the pit with his mic stand to sing in the center before joking “Can’t promise Heck won’t hurt themselves”. The entire set is a massive sing-a-long.

I’ve seen the hellraisers in Heck perform in a tiny pub and on main stage at 2000 Trees festival but tonight is definitely the best performance I’ve seen from them. Not even 30 seconds into the opener and they are in the crowd, climbing over tables, chairs and even hanging from pipes! Performance wise, the band are note perfect with great vocals from all three vocalists and brilliant riffs throughout. There isn’t a second where someone hasn’t started a pit and at one point there is a wall of death which extends from stage to sound booth before a circle pit around one of the guitarists perched on a table. There is a sense of calmness with the mellow (in comparison to the rest of the set) guitar solo following the band’s “last song”. It’s a shame the raucousness had to end. Heck have definitely cemented themselves as the best live band I’ve ever seen!