“Old songs like New Romantics had the crowd off their feet jumping around like bunnies on sherbet and it didn’t stop after this. Happiness was a clear fan favourite and truly kick ass song. Great band”. 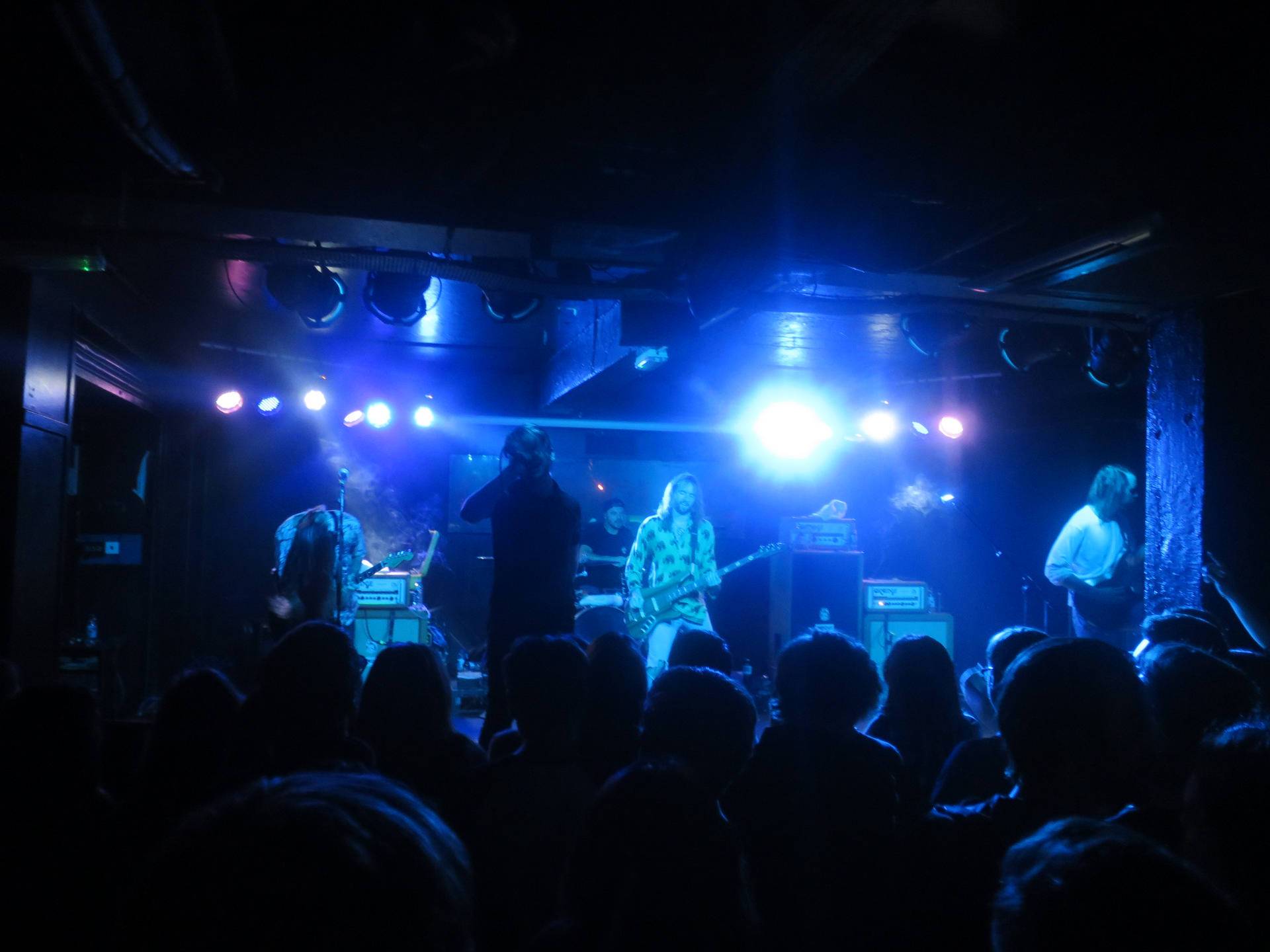 Hey Gareth here! It was Friday once again, and it was onward to the venue I normally end up at on most Friday nights… The Cathouse (or Catty to locals). I was ready for some new bands tonight to impress me!

Starting the proceedings were The Gospel Youth and they did not disappoint. their pop punk meets pop rock sound reminded me a lot of The Afterparty (If you don’t know them- check them out!). They had a poppy jump-enticing drum beat that made you just want to groove and oh boy did the crowd dance. Their guitars also followed in the footsteps, just squalling groove. Sam’s vocals possess a truly fantastic range, hitting the big ballad numbers to the mosh filled pop punk tunes.
7/10

Up next were the awesome Dead! It was great to see them back in Glasgow. When they burst into ‘Fragile’ a large section of the crowd went crazy! Their sound is a cocktail of pop punk, rock and hardcore. Heavy drums are some how melodic and their guitar sounds go through the spectrum. Their vocalist has a great voice and can complete various styles and genres. They have added You’re So Cheap to their set list since I last saw them and I can say it is awesome live but, Alaska still has me screaming like a walrus at the end.
9/10

I The Mighty! took to the stage and their drums were complete thrash-metal in the introduction but settled into a more heavy yet punk rock mould. I loved the lyrics and the speed they can play at, but Brent’s voice didn’t dazzle me. I was told afterwards that the bassist Chris has great vocals but tonight you could not hear it, the levels may have been out and if it wasn’t for the crowd singing along I would not have heard what the lyrics were at some points. They also did this weird finger snapping thing that was good but too jazz for me. I would go and see them again,  I just hope when I do the levels are right.
6/10

Ending the show was Hands like Houses another great band from Australia. They delivered thrash speed punk dabbling in pop hooks whilst continuously jumping into metal. Because of this the drums were heavy, loud and frantic (which I loved). Their guitar play was intriguing and was not just relying on speed. Trenton had a vocal that was almost dirty but, without the screaming. This did not stop the the crowd screaming along to “WE ARE!”. Old songs like New Romantics had the crowd off their feet jumping around like bunnies on sherbet and it didn’t stop after this. Happiness was a clear fan favourite and truly kick ass song. Great band.
8/10