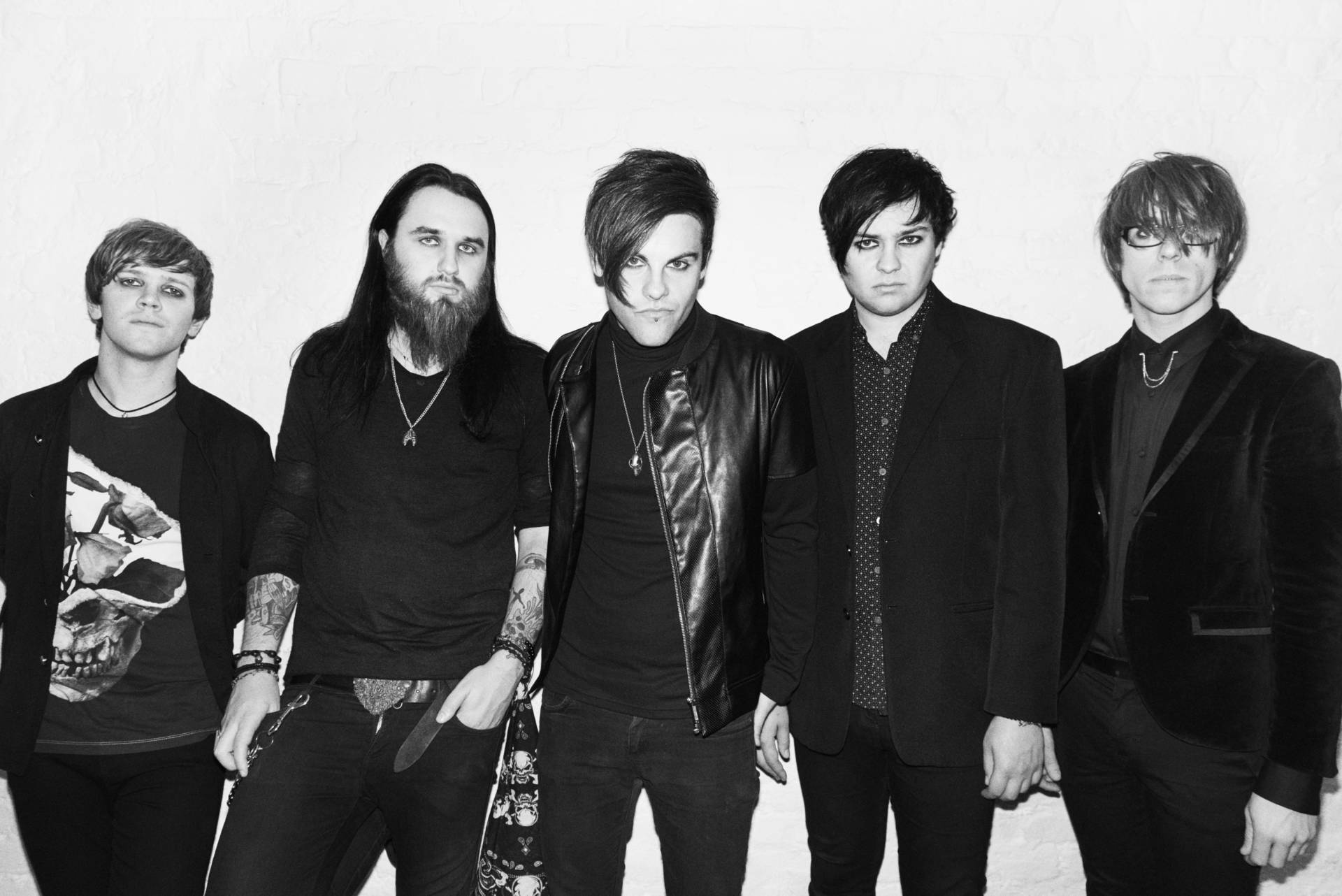 With the rain pouring down all day, you would be forgiven for spending the day indoors wrapped up, but that was not the case for the die-hard FVK fans. Some had travelled the length of the UK to be at the bands last headline show of 2015, which also saw the first play of their new mini-album Bruises in its entirety. While some people think the early queuing is “mental” (some comments on peoples posts about the gig), it isnt just about queuing to get to the front. For fans of the band, its about seeing friends from other parts of the country who they rarely get to see so the early queuing gives them all the chance to catch up and spend time together. The show also saw the arrival of some of the Star Wars and Marvel characters, with fans cosplaying some of their favourite characters.

Opening the show was Bridgend/Oxfordshire quartet Never Found. The risign stars have previously shared the stage with the headline act at the venues Shield Festival and have also shared stages with the likes of New Grave kings Ashestoangels and godfathers of goth William Control. Their energetic set saw the band play their Sorrow and Cyanide debut EP to a rousing reception from fans new and old, ending with their first single Tale Me Away A very tight performance from the youngsters who are set for a massive 2016!

The remaining two supports in Revelation and Continents were received with mix reviews by the attendees. While both performances were flawless and showed real talent, it could be said that they weren’t exactly the right fit for the bill.

Finally, FVK graced the stage, getting festive in santa hats, with co-frontman Kier Kemp launching into Say What You Want From Me (The Ghost You Left Behind) and fan-favourite Bow Ties on Dead Guys before handing over to fellow co-frontman Laurence Beveridge who continued the nostalgic theme with Could We Burn, Darling? before beginning the foray into the new record with a beautiful rendition of Like Bruises. As Kier takes the reins again to continue with the new material, the crowd showed their love singing every word back with most recent release Feel Alive and one of the favourites Keep Smiling. Laurence then took us away from the festiveness back to everyones favourite holiday with All Hallows Eve before bringing us back to the present with an emotionally charged version of Stepping Stones. Regret and Maeby followed before the introduction of an old track that is rarely performed  in P-Train from the Exposition EP, Neon In The Dancehalls proved to be as lively as ever before ending the set with the closing track on Bruises, Aging Love a track that sounds great on the record but with Laurence’s voice, live it is absolutely amazing! After crowd chants of “I can’t be waiting, no dont keep me waiting” (using FVK’s City Falls To Dust lyrics), the band came back out for a festive ending with a superb cover of Wham‘s Last Christmas.

A great set which served as a kind of “FVK through the years” giving fans new and old some of the best of their back catalogue as well as the entirety of critically acclaimed mini-album Bruises. Vocally the performance was flawless and the intricacy of lead guitarist Shane Sumner’s riffs keep getting better.