Just over a week after its release, we bring you our review of Foxing’s truly impressive sophomore release, Dealer. 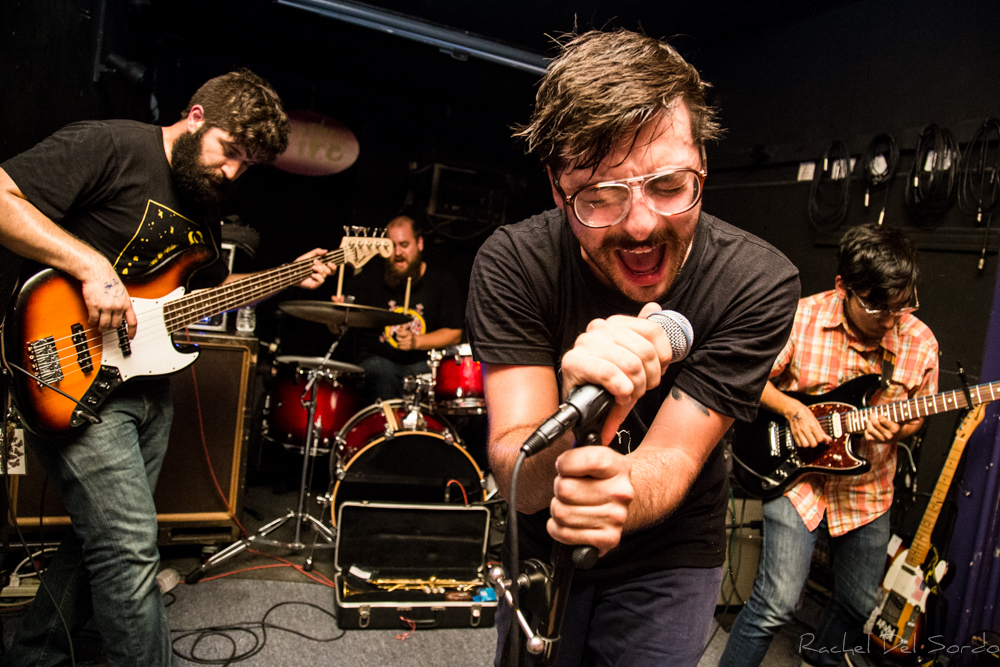 It’s been a week since Foxing dropped their sophomore LP, Dealer, the follow-up to 2013’s The Albatross, and I have spent that time letting its gentle melancholy seep into my bones so entirely that each relisten feels like returning to a warm duvet at the end of a long day.

Which is an unexpected bonus when you’re meant to be reviewing something.

It was the lead single, The Magdalene, that gave me my first taste of Foxing when it was released some weeks back. I’d listened to it, and to their debut, but the appeal hadn’t quite hit me. The debut, it turned out, deserved a relisten, as there’s a lot to love there – something a little more raw than Dealer, though not necessarily on par. I can, though, put my finger on what didn’t quite sink in about The Magdalene until hearing it in its proper context. It’s the same thing that makes writing about this conventionally, analysing high and low points in the form of song deconstruction, almost impossible. This isn’t an album that will succeed or fail on the merits of individual songs. This is a forty-five minute alternative soundscape, and deserves to be treated as such.

Don’t mistake me, that’s not a sly diss – I’m not saying that these eleven tracks are samey or repetitive. Foxing manage to walk that fine line between crafting a coherent sound and writing the same songs with different titles perfectly. The pacing is consistently slow and thoughtful, the music atmospheric – though not in a douchey festival rock way à la Kings of Leon – and the end result is something that can only be described as haunting.

Think ’emo’ in the sense of Frightened Rabbit, or early Eels. Emotions not just worn on sleeves, but explored to the point of discomfort on the part of the writer, a true attempt at honesty that doubles as a welcome invitation for the listener to do the same. The music becomes an extension of this emotional odyssey, another arrow of expression to shoot straight into your gut. There’s no real genre to describe this – Foxing often eschew traditional song structure to work in an instrumental break (or full instrumental song in the case of Coda), avoid being catchy almost to a fault, and wind up creating something beautiful.

But enough foreplay. Let’s talk a bit about the music. This isn’t an album of three minute radio friendly belters. The shortest song, at 3:18, is the instrumental Coda, hardly likely to end up on XFM anytime soon. This is a place of gentle experimentation, of letting a simple idea germinate and develop into a four minute groove, and into post-rock soundscapes that take the listener back to the cabin in Vermont in which this was all so perfectly written.

If I were forced to choose highlights, it would most likely be Indica and Night Channels. The Magdalene has grown on me so much more since I first heard it by itself but in terms of songs that can work outside of the album as a whole, these two are probably the strongest. Indica’s soft guitars throughout, built up with military-style drums and trumpets, come together to create a masterpiece of songwriting. Similarly, Night Channels takes a simple piano line and turns it into something deceptively bigger and better than you’d expect.

This is songwriting at its subtle best – a more stripped down effort than The Albatross, but more mature. I honestly have nothing bad to say about Dealer. It is haunting. It is beautiful. It is the sound of a secluded cabin in the north of Vermont. It is well worth forty-five minutes of your time.