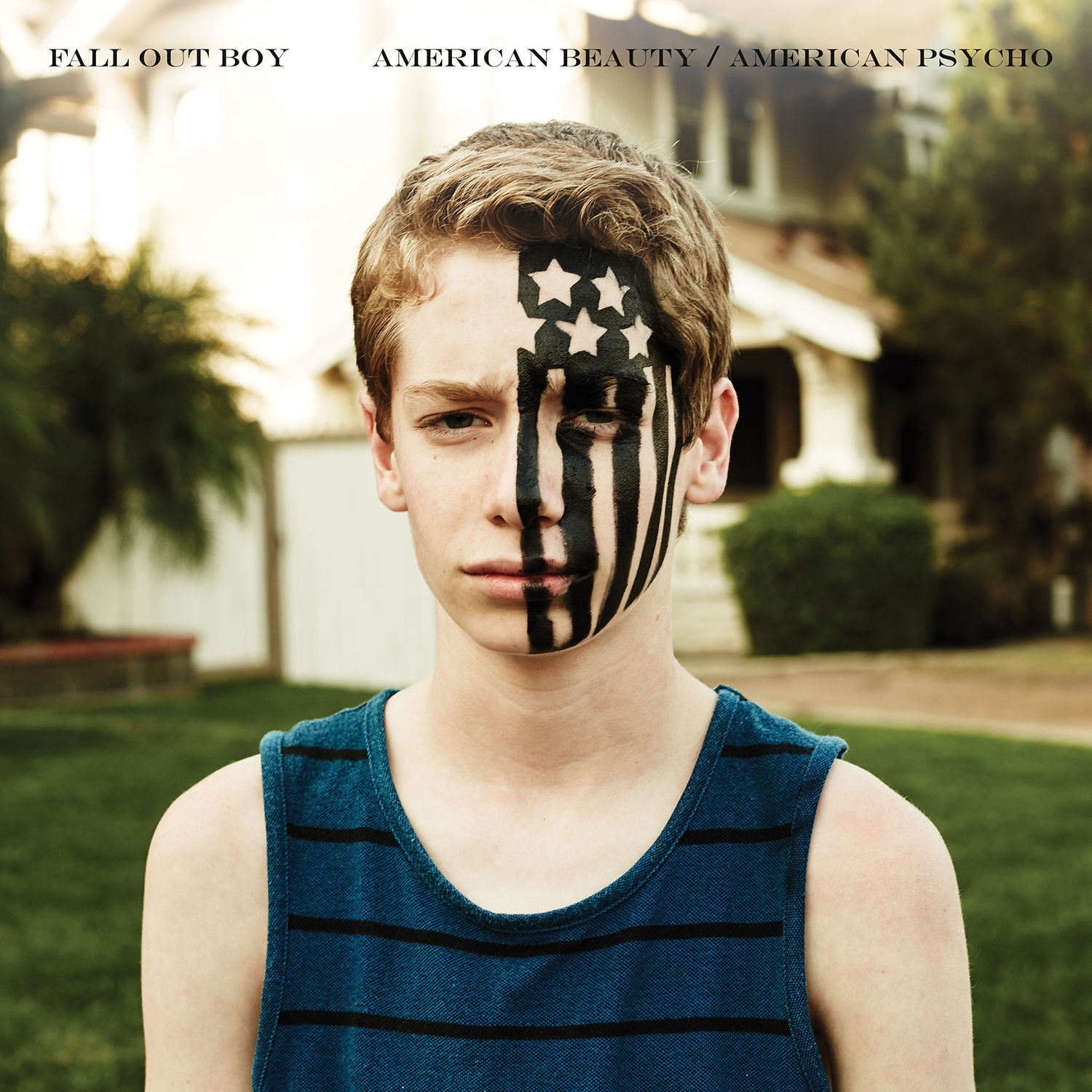 Fall Out Boy have proven they can move mountains with their last album Save Rock and Roll, but can they prove themselves once more and work a miracle with their latest release?

American Beauty/ American Psycho (which will be referred to as AB/AP from this point onwards) is the latest album by pop-rockers and emo legends Fall Out Boy. Although old-school fans may argue that they lost their old angst-ridden sound, tracks such as Irresistible and Centuries are reminiscent of times of Folie a Deux and From Under The Cork Tree.

The album starts out and kicks us in the teeth with the track Irresistible. An energetic, trumpet-filled anthem that can guarantee jumping and punching the air during their raucous live performances that will be coming to the UK later this year.

The title track however falls short of it’s predecessor, and although it keeps up to speed with the energy, the lyrics are ultimately a let down when half of the words are repetition, and “woah”. Moving on.

Another highlight, and my personal favourite of AB/AP was the track Uma Thurman, although I am a tad biased as I ‘m a massive fan of the actress, but that’s not too important. The song took a couple of listens to grow on me, but the Munsters sample really sealed the deal for me. The lyrics, although a tad cringey at times, are ultimately incredibly catchy, especially during the bridge. The icing on the cake though is the sound at thirty seven seconds in where someone needed to go powder their nose it seems.

Then comes the tear jerker(s), Fall Out Boy seem to enjoy doing these in pairs and AB/AP is no exception. Jet Pack Blues and The Kids Aren’t Alright both brought a tear to my eye, the first kicked me in the gut and probably will to anyone who’s ever been in a long distance relationship- especially with lyrics such as “did you ever love her?” and “honey, don’t you leave”.

The latter of the songs really brought on home the angst for me, partially because the intro music sounded so damn cheerful and I’ve got to hand it to whoever wrote the music for The Kids Aren’t Alright, because paired with lyrics written by Wentz (and soon to be scrawled on the backs of countless school textbooks), it’s an absolute anthem for any teenager who isn’t having the best time in the world.

Overall I liked the album but i didn’t ‘love’ it like their previous releases because although I can happily listen to this album on a loop, certain songs such as American Beauty/American Psycho, Fourth of July and Twin Skeleton’s leave much to be desired.