Following on from their global success and a fresh new line-up Exist Immortal decided to release a ‘Deluxe’ version of ‘Darkness Of An Age’. Brad checked it out… 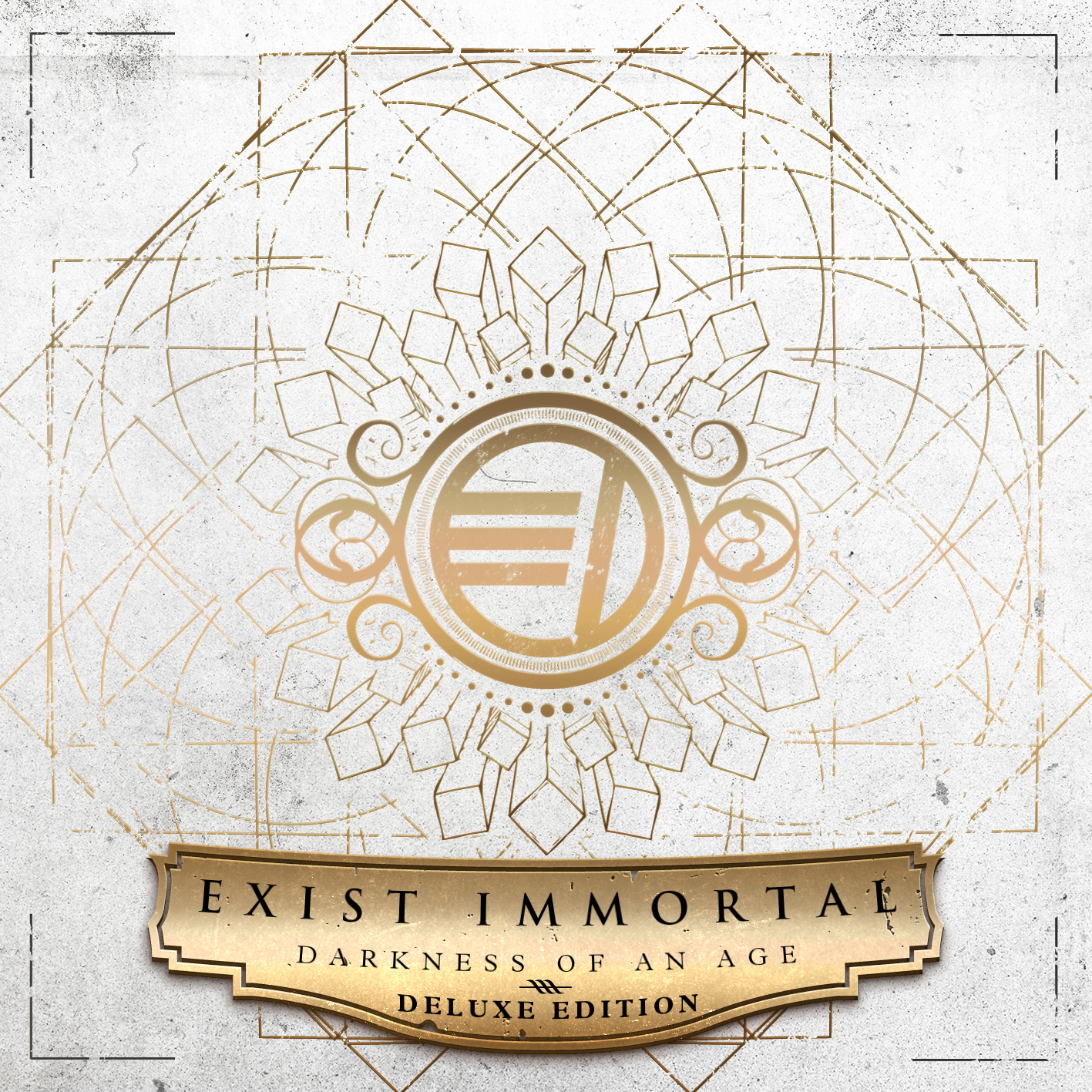 Exist Immortal are a band that has seen their popularity and recognition soar as a result of constant touring and their technical yet hard hitting album ‘Darkness of an Age’ which was released in May 2014. The album was acclaimed heavily by a wide variety of magazines, websites and publications whilst also gaining success in America, remitting them with much-deserved global attention.

Following on from their global success and a fresh new line-up Exist Immortal decided to release a ‘Deluxe’ version of ‘Darkness Of An Age’. Their ever-growing fan base sought after new material for a long time and the band answered those demands by announcing the deluxe edition featuring 5 new and/or reworked tracks.

The reception of the initial release of ‘Darkness Of An Age’ goes without saying as their blending of technical riffs with terrifyingly vicious vocals courtesy of lead singer, Meyrick de la Fuente caused a real stir in the Metal scene.

For this review I shall be focusing on the extra 5 tracks that this sleek Deluxe Edition offers. First off is ‘Liberator’ which features Sam Rudderforth of The Colour Line. The melodically driven song that features some jaw dropping clean vocals which are intertwined with heavy screams and shouts that reminisce bands such as Landscapes and bands from the New York Hardcore scene really hits the mark.

‘Delirium’ is a beatdown anthem that promises to tear it up live and the title of the track is aptly named as when the chorus sinks in, it is like being in a complete delirium as the shock of the beatdown subsides and you lose yourself in melodic excellence.

‘The Void’ is the latest single from Exist Immortal and it is a song that shows strong mathcore influence. It maintains Exist Immortal ethos of hard vocals then a sudden change to a soft, sing-a-long chorus but it’s the technicality present in the instrumentals that makes this track a real stand out.

‘Fractured’ features Gaz King from Nexilva and this track is four minutes and twenty seconds of pure aggression fueled, mesmerizing metal that leaves a firm impression that Exist Immortal could just be one of the finest new Metal bands round.

In closing to the Deluxe Edition comes ‘Insanity Project Pt.2’ which is a sombre and slow burning track which is lost in its production and the use of a digitalised backing track really fails to make the impression intended, so in turn serves as the only let down of the additional five tracks.

The extra five tracks you receive on this release are worth the money as they show a definite progression from Exist Immortal. Their sound is developing very well as they dust of the cobwebs and arguably create the best material they’ve ever made, for at least four of these tracks anyway.  They demonstrate that metal still has a lot of life left in it and that it’s a genre that they can still have its boundaries pushed. The only criticism of Exist Immortal is the predictability of their songs as they all follow a very similar structure but it goes without saying, this is a great album nonetheless and it warrants a purchase in our book. I hope Exist Immortal let themselves go in their next release and really unleash the experimenting beast that they show glimpses off in their new tracks.