The quintet release EP The Things I’ve Seen on November 20 and its a great release! It contains all the raw energy and riffs as seen in the band’s live performances. 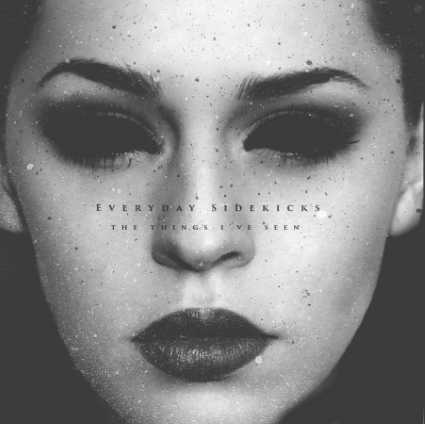 Bristol post-hardcore rockers Everyday Sidekicks were a band that intrigued me from when I saw them as support on William Control‘s The Punishment Tour Part II in April of this year. The band put on a good show and their ferocious energy in their live shows was second to none.

The quintet release EP The Things I’ve Seen on November 20 and its a great release! It contains all the raw energy and riffs as seen in the band’s live performances.

Stand out track for me is It’s All Smiles and Laughter with its catchy hooks. Pitch Black is a prime example of the riff-focused EP. Rosa begins with an intricate instrumental and is captivating from the start, a more mellow track which shows off the inate talent in vocalist Archie Hatfield’s voice.

The band have utilised Archie’s distinct vocal range throughout and show bags of talent as rising riff-masters. This EP shows exactly why they have received coverage from the likes of Vents Magazine, Discovered Magazine and even Bryan Stars in America! Alongside sharing the stage with William Control, Marmozets and Coldrain.

For fans of A Day To Remember, Of Mice & Men, Letlive. This is a band that you want to be involved with!