The sun is out and Camden is the destination for US rockers Escape The Fate. As it is the last date of the Hate Me tour, anticipation is high for a spectacular performance as the band look to end their latest European stint with a bang… 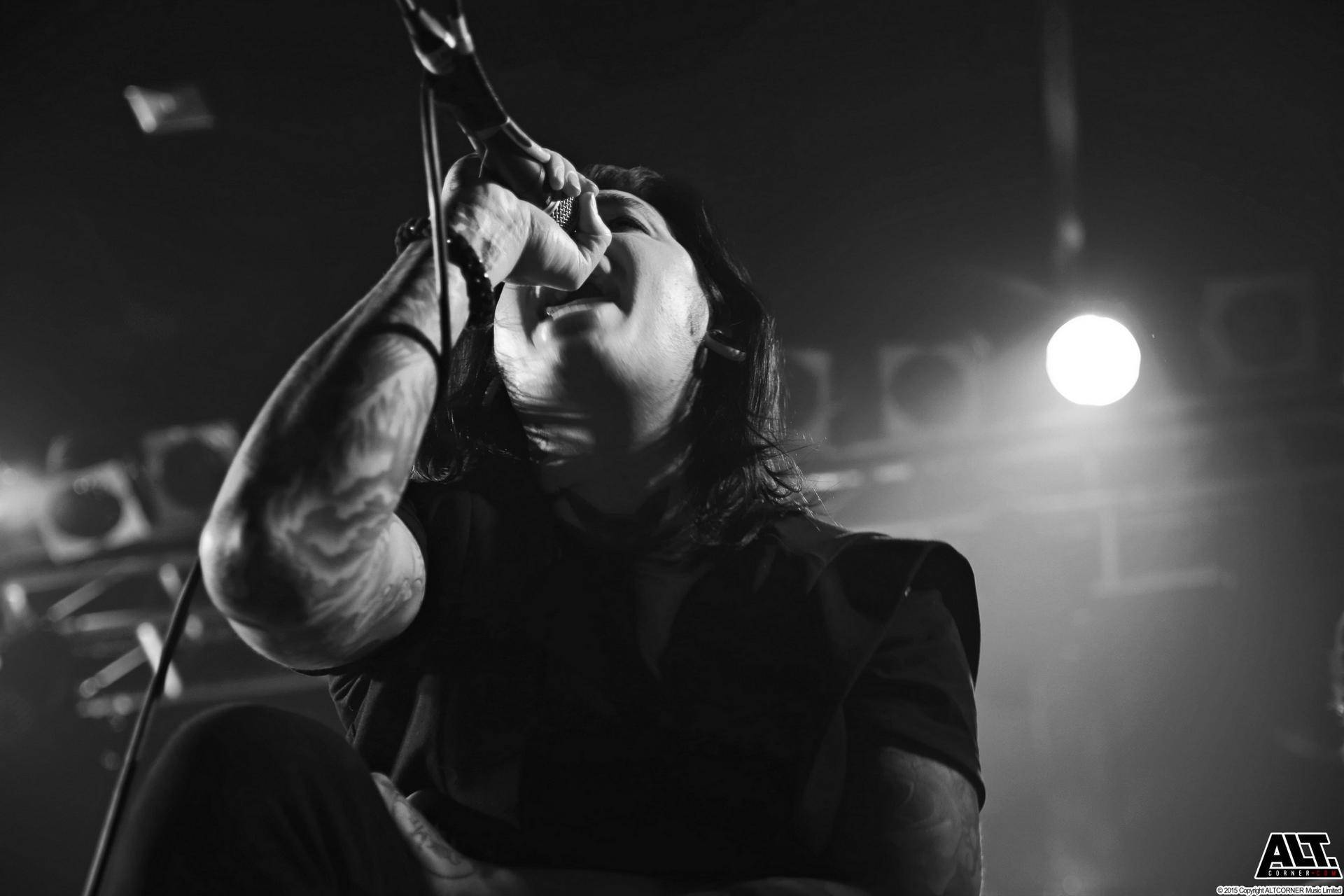 The sun is out and Camden is the destination for US rockers Escape The Fate. As it is the last date of the Hate Me tour, anticipation is high for a spectacular performance as the band look to end their latest European stint with a bang.

First up is New Zealand’s Like A Storm, returning to the venue of their first ever UK performance. Since their slot with Black Veil Brides just under a year ago at the very same venue, the quartet have attracted a lot of attention with their unique brand of ‘didgeridoometal’, even gaining a massive crowd at 11am on the Sunday morning at Download festival 2015 (their second ever UK set). Entering the stage to massive screams and running straight into opening track Chaos, the crowd thoroughly enjoy as the band power through a six track set. Frontman Chris Brooks takes a break from vocals to allow brother and fellow guitarist Matt to take the reins for an emotionally charged Break Free.  An epic didgeridoo and drum solo causes the crowd to go insane and fan favourite Love The Way You Hate Me garners an incredible reaction from the crowd, screaming every word back and seeing Chris jump off the stage for the end of the track.

Up next is Anaheim’s New Years Day. You would have forgiven the quintet for looking tired as this was the last date of the tour, which came immediately after a two week UK tour with Motionless in White, however, taking to the stage, the band looked fresh and as if it was their first show of the tour. Opening with Kill Or Be Killed, scream queen Ash Costello struts around the stage belting out tracks like there was no tomorrow. The seven song set takes tracks from several releases including old favourites I’m No Good and Epidemic. Recent release Malevolence‘s title track gains a fierce reaction from the crowd and the bands’ arguably most popular track Angel Eyes sees the crowd go mental as Escape the Fate‘s Craig Mabbitt takes to the stage for a spot of guest vocals.

The last of the support acts is FVK. The quintet are on fire as co-frontman Kier Kemp opens the set with Say What You Want From Me (The Ghost You Left Behind) and fan favourite Maeby getting the crowd off their feet before Laurence Beveridge takes the reins for the first taste of theie new release Bruises with Like Bruises and Neon in the Dancehalls. The six-track set ends with a very upbeat and charged rendition of All Hallows Evil. Another fantastic performance by the incredibly talented quintet who prior to the show had announced their first European headline tour.

Finally, the moment everyone had been waiting for as Escape the Fate enter the stage jumping straight into Just A Memory, pits opened up as the band played through tracks from their new album Hame Me and old favourites including The Flood. Ash Costello returned to the stage for Ashley. An epic guitar solo paved the way for The Guillotine. This War Is Ours saw frontman Craig cartwheeling across the stage before the support acts provided the customary end of tour prank by invading the stage with toilet paper. Never ones for rules, the band continued to play Situations even after the set was supposed to end and even after the sound tech turned them off, seeing guitarist TJ Bell head into the crowd to play and the crowd screaming the lyrics back to the band, ending with Craig and tour bassist Max smashing their mic stand and bass respectively before eventually leaving the stage.