Doomsday Outlaw are a 5 piece hard-rock band from Derbyshire. Suffer More is their 14-track sophomore album and it’s amazing. 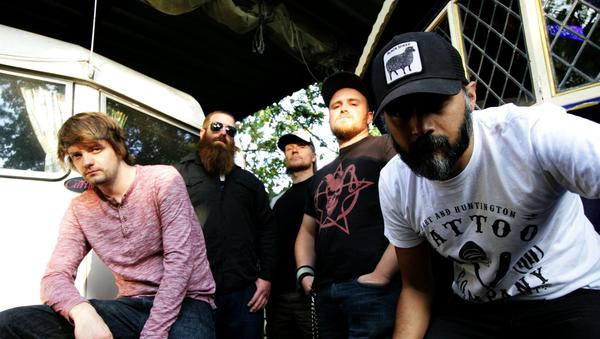 Doomsday Outlaw are a 5 piece hard-rock band from Derbyshire. Suffer More is their 14-track sophomore album and it’s amazing.

They have a really diverse sound, on a first listen I was getting strong Red Hot Chilli Peppers influence but heavier sounds, then as the album went on there are brief hints of Rolling Stones, a bit of blues, and really heavy KISS vibes. Heavier songs like ‘Pandemonium’ are broken up with slower songs like ‘Driftwood’ and ‘Wait Until Tomorrow’. The variety made the 14 tracks really nice to listen to, it isn’t one of those albums where you get bored half way through because it all sounds the same – which was a criticism of their first album, ‘Black River’.

This album features none of the growling and gritty south-American sounding vocals provided by Vocalist Carl Batten on ‘Black River’, as the band said goodbye to Batten, they welcomed a man called Phil to take over on vocals on this album. All I know about Phil is his name, and that he is an outstanding vocalist. His mature tone perfectly complements the band’s sound as he shouts along to ‘Bring you Pain’, which makes full use of his vocal talent.

‘Saltwater’ is a massive highlight on the album, the riff and guitars are insane, the fast-paced singing makes it all the more exciting, and it is one of those songs I can really see myself moshing around to. ‘Suffer More’, the title track, perfectly emulates the album’s sound. It’s a 6 minute 48 second ballad with smooth but heavy vocals, interesting melodies, and crashing drums. It begins slow, but then builds to an epic chorus of loud vocals and power chords. The album ends with ‘Tale of a Broken Man’, which was a pretty perfect end to the album. It builds from a slow song to the anthemic, fast paced hard rock present in the rest of the album.

They are a band that wouldn’t sound out of place headlining a major festival and I am sure they will some day if ‘Suffer More’ is anything to go by.