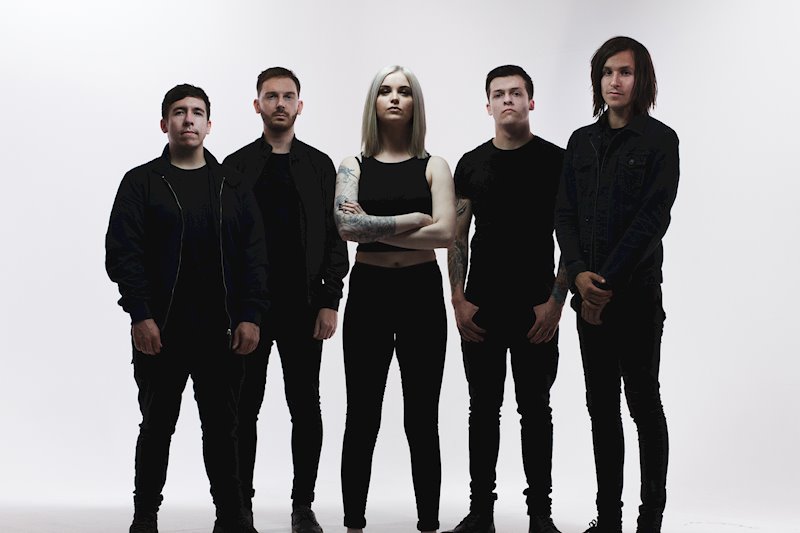 It’s not a surprise to hear that the band have already received such high praise. They’re a uniquely melodic rock band, with elements of heavy rock and soul. They’ve got all the elements of bands like PVRIS, Tonight Alive, and Of Mice & Men that make them so good, and combined them to form their own raging sound. ‘Sink This City’ emphasises their own sound the most, standing out on the EP as a big tune. It’s powerful, emotive, and features some of the best instrumentation on the album. It’s one of those songs that gets you up and moving, and I can see this going down a treat live.

In a generally male-dominated genre, vocalist Nicole Mason stands out as a really strong female vocalist. She sings with a soulful croon, adding another element to the melody-driven rock Divide create. She’s a welcomed contrast to the heavier instrumentals blasting below her softer vocals, which really helps balance the songs out.

Romesh Dogengoda (who has worked with Don Broco, Twin Atlantic, and Lower Than Atlantis) has done a great job on the EP. Every single member of the band is talented at what they do, and his production style means that you can appreciate each guitar lick, drum beat, bass riff, and vocal melody separately.

The EP will be released on the 24th November, and Divide are set to tour the UK in February 2018.