The Moon Club in Cardiff was the venue for my latest trip despite not knowing the performing all that well…would I be pleasantly surprised or would I be disappointed? Find out here! 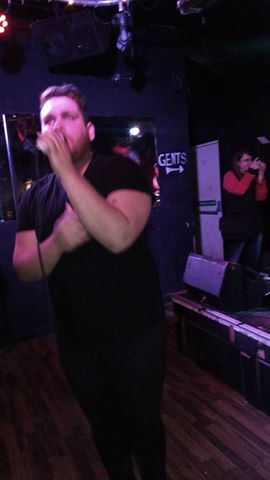 The Moon Club in Cardiff was the venue for my latest trip. A small venue that I had previously visited only once and forgot how small the stage was! Admittedly, I wasn’t very familiar with the bands playing, having only heard of them by name, however I was in for a good surprise.

Opening the show was In Requiem, the Pontypridd alt-rock quartet put on a tight show, which considering it was only their ninth show together. The mixing for the vocals wasn’t the best, however, I can safely say that the talent from vocalist/guitarist Adam Fear was evident as they played through tracks including Cope and Devil in You.

Up next was post-hardcore quintet Remember the Fallen. To compensate for the small stage, vocalist Marek Ball decided to use the floor as a makeshift stage, powering through an energetic set of tracks including the awesome Never Backing Down. Tight vocals and incredible riffs led to an enthralling set that was closed by a cover of Pantera’s Walk with guitarist Jason Jervis joining the vocals. Now I’m not a fan of covers performed live, however, this was an awesome version of a legendary track and one that is worthy of being the closing track of a great set!

Female-fronted alt-rock quintet Nineteen Fifty Eight were up next, with vocalist Ceryn Sara continuing the trend of using the floor. The vocals were strong as they played through a set of tracks including Elude You. A very tight performance from a talented group.

Finally Death By Disco closed the show by playing a mixture of tracks including their EP The Story of Pain and Glory. The hard rock quintet showed promise and that they have a great debut EP! Hold My Breath and Never Giving Up were my picks. There were tight vocals from Liam O’Connor. Title track The Story of Pain and Glory is an incredible track that shows off Liam’s vocal range perfectly. The entire set was a head-banging fest full of riffs and this is a band that I would love to see again.