Here’s the latest LP from Spanish pop-punkers Daylight, rocking like it’s 2005. Read on! 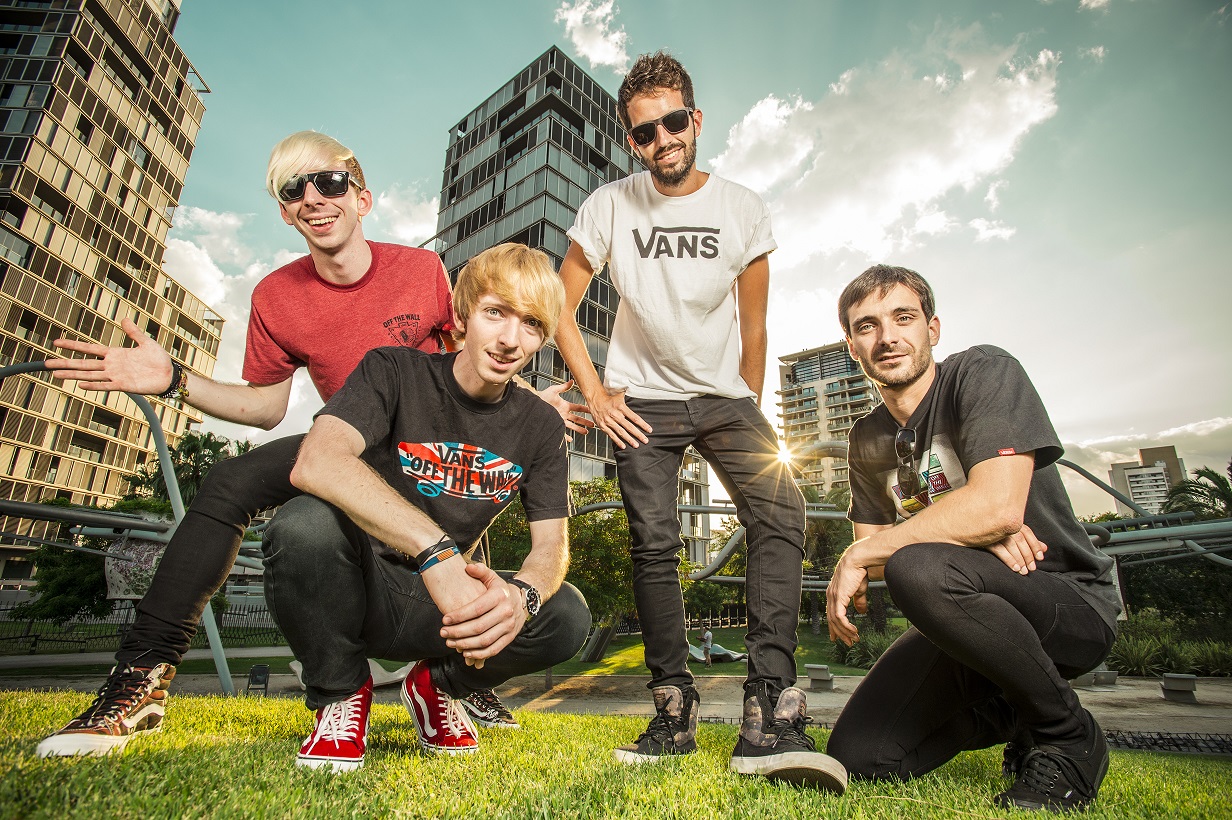 Listening to Daylight’s third album, One More Fight, gives a weird sense of déjà vu. It’s not the songs themselves, it’s the particular brand of pop punk that had it’s heyday in the mid-2000s with acts like Good Charlotte and Boys Like Girls, when the genre was in the middle of an identity crisis – enjoying the last legs of its popularity, riding the wave of emo, and working out where to find the right balance between pop and punk. It took a while to register, but Daylight would have done excellently among the Kerrang rockers of 2005 – perhaps unsurprising as they’ve been around since ’04.

That sounds disparaging, and maybe there’s an element of disappointment in some of the more anthemic songs for lacking originality. Overall though, this is a solid LP, made all the better by the musical proficiency of the band as individuals, and their tightness as a group. Even before I warmed to it, it was clear that this was a band who knew how best to play together.

Let me talk about the highlights first. Kickbacks, the second track, aside from featuring some sick punk beats, is the song I keep coming back to. It’s a high energy, excellently crafted pop punk jam that shows the band at its best – even if it’s not anything new as far as the genre is concerned, it’s exactly what you want from a tune of its sort. Same goes for End Of The World, which spices up its punk energy with some truly enjoyable musical flair. Maybe it’s not pushing anything to a new level, but songs like these take Daylight’s own brand to its peak.

Another high point, and the most individual song on the LP, is its closer, Best Days Of Our Lifes. The first thing that sprang to mind on listening is ‘hey, this is like Fat Lip but acoustic’. And that’s true to an extent – the semi-shouted dual vocals in the verse can’t help but draw the comparison, and even if the mix of that with soft, acoustic, poppy music is slightly jarring at first, it somehow works. The chorus is the poppiest thing on the album, the bridge is a brief blast of punky riffage, and the end result is a weirdly enjoyable jam.

There are low points though, and it’s unfortunate that the biggest is probably the opening track, Anthem Of The Broken. Anthems in pop punk have become something of a trope at this point, and they become exponentially harder to sound original. Anthem Of The Broken‘s repeated “whoa”s don’t help, nor does the fact that the song is only really discernible from the anthems of the past due to its acoustic, maraca-filled bridge – which itself really takes you out of the song. Revolution and We Are Strong fall to the same flaws, maybe a sign that Daylight are strongest when they aren’t trying to amp up the angry punk and keep to the slightly angstier, introspective side of things.

All in all, One More Fight is a solid pop punk album. It’s brought down by a lack of originality within the genre, sure, but once you realise and accept that Daylight are a throwback to a decade past, you should be able to find some great new additions to any pop punk playlist in here.