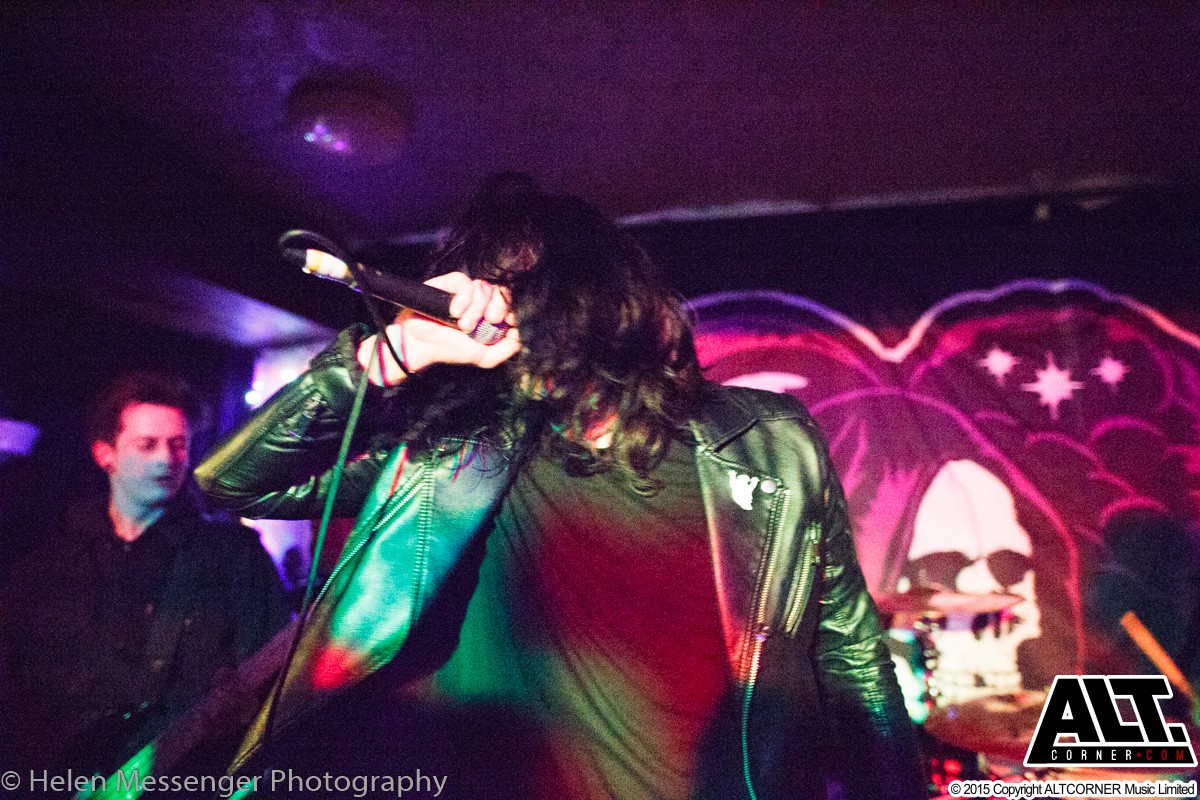 Opening is a relatively new band called Clarity. This is the band’s first show and to be in front of their hometown crowd, were bound to draw support. For a band that are relatively unknown, they definitely left with a lot more fans. Their Moose Blood-esque during tracks including Higher and All I Know came across well.

Up next is Aberdeen’s Grader. The hardcore punk quintet command the small stage well as they play through their old and new tracks from recently released EP Wholly. A band that I would love to see again and who you should see soon if you haven’t yet before they hit the big time!

Finally it’s the turn of Creeper. The sextet know exactly how to command a small stage and near to full capacity crowd from the second the eerie intro music plays! Opening with fan favourite VCR, and a cameo from Grader’s Liam, energy is paramount. There were treats in store for fans old and new as the band played through tracks from all three of their EPs including Black Mass, Valentine,  Astral Projection and a highly emotional Misery from recently released EP The Stranger. Frontman Will Gould’s energy ensures that there is never a dull moment and crowd participation is at a high, with the old and new tracks being screamed back at the band, even though most of the crowd had only heard them a mere two days beforehand! Ending with the arm waving ballad Henleys Ghost, the night has to come to an end.

On the performance, you would not think that this is a band who have been together a little over a year (although just a mere couple of months with the recent lineup change), however the sextet show a tight live performance and with some great supports, this is a tour you must see!