Calling Apollo, the name itself already teases you with the expectation of something special, something that’s not quite the norm. Suffice to say this is exactly what you get, 25 minutes of heavy hitting guitar riffs with underlying almost futuristic melodies. A mixture of “screamo” vocals and a progressive rock sound gives for a whole […] 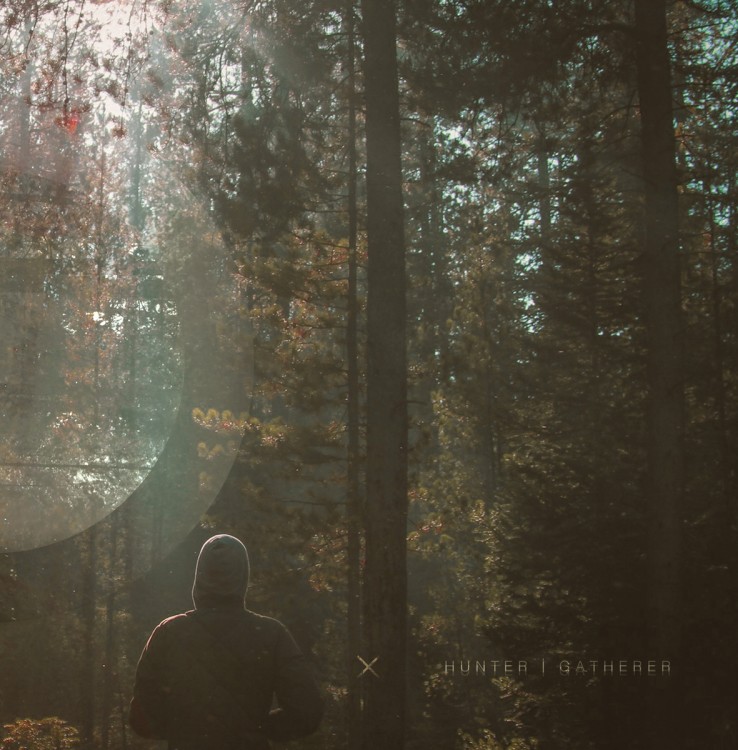 Calling Apollo, the name itself already teases you with the expectation of something special, something that’s not quite the norm. Suffice to say this is exactly what you get, 25 minutes of heavy hitting guitar riffs with underlying almost futuristic melodies. A mixture of “screamo” vocals and a progressive rock sound gives for a whole new feel to what you expect from five boys from South Wales.

The five piece consists of Christian Neale, Dan Hughes, Daniel Rees, Luke Walters and Kevin Williams who began their escapades in 2013 where they played their first show in Newport to an exciting response. After their well-received EP vessels recorded in the DIY fashion they are now releasing their Debut studio EP ‘HUNTER I GATHERER’.

HUNTER I GATHERER starts as it means to go on with an unrelenting pace of heavy guitar driven riffs underlying Christian Neale’s unique voice that leaves an imprint on the mind. The first track Hunter Begins with an intro so powerful that black Sabbath would be proud of it. Leading through the verse it heads to an anthemic chorus where the band showcases their song writing talent with one of the highlights on the EP.

The second track “In this city” starts much mellower showing the other side of the band, with a simple yet effective slow building melody. This also gives us a chance to hear the mellower side of Neale’s vocals which are still wholly impressive. However, the Band then gets back into the mix with a screamed “Let’s go” and shows us again their darker side. The track does not disappoint with another hard hitting performance.

“Chemical Breaker” The third track mixes their more gentle side with sweetly sung vocals and a repetitive underlying riff that’s almost hypnotising. It carries this on and then and tricks you into thinking it’s going to drop multiple times. Then when it finally does it hits, and it hits hard. The band catches you off guard with the catchiest chorus part in the whole EP. Showing yet again how the guitar riffs in this band drive it forward.

The fourth track in the EP starts off with an impressive atmospheric space age feel that has a good use of effects. This provides a base for the amount of space imagery littered throughout the EP and shows you how diverse the band really is. The song leads through its entirety to another highlight of the EP ending with the singer bellowing out his vocals; to part of the song I can see a thousand fans screaming their lungs out to at the end of a show.

The final song is a welcome contrast to the rest of the EP whereby the band shows they can touch the audiences more sensitive side with such a poignant ending. With relatable lyrics like “you know it’s programed into me, to question all the things I see” and universal metaphors that can be interpreted on a personal level like” don’t touch the light, we are not ready for it” the band ends well. However this is not before they give you one last thrill of with another robust riff. The ending song is perfectly suited to the rest of the EP and leaves you wanting more.

This is a band I will definitely be watching for in the future and one EP that is on my wish list. The success of the band here was their ability to mix such a variety of styles and influences into 25 minutes, and do it so successfully. These boys have already gained one more fan and I’m certain there will be many more to come. If you can catch these guys live near you as well, do not pass on the opportunity.
Download: Gatherer (or just the whole EP)

What to write about myself? Well I'm 18 and come from a small town where the music scene is almost non-existent. However I discovered alternative music with green day at age 9 and never went back. I listen to a wide range of music from slipknot to reel big fish and just generally love music. I play guitar for a covers band and regularly go to live shows. Music is everything to me if I'm going to be cliché.