In this installment of our review of the festival, Brad gives his thoughts on the sets by Jack Howson, Prolong The Agony, Our Hollow Our Home and Ella Davidson at Butserfest 2015. 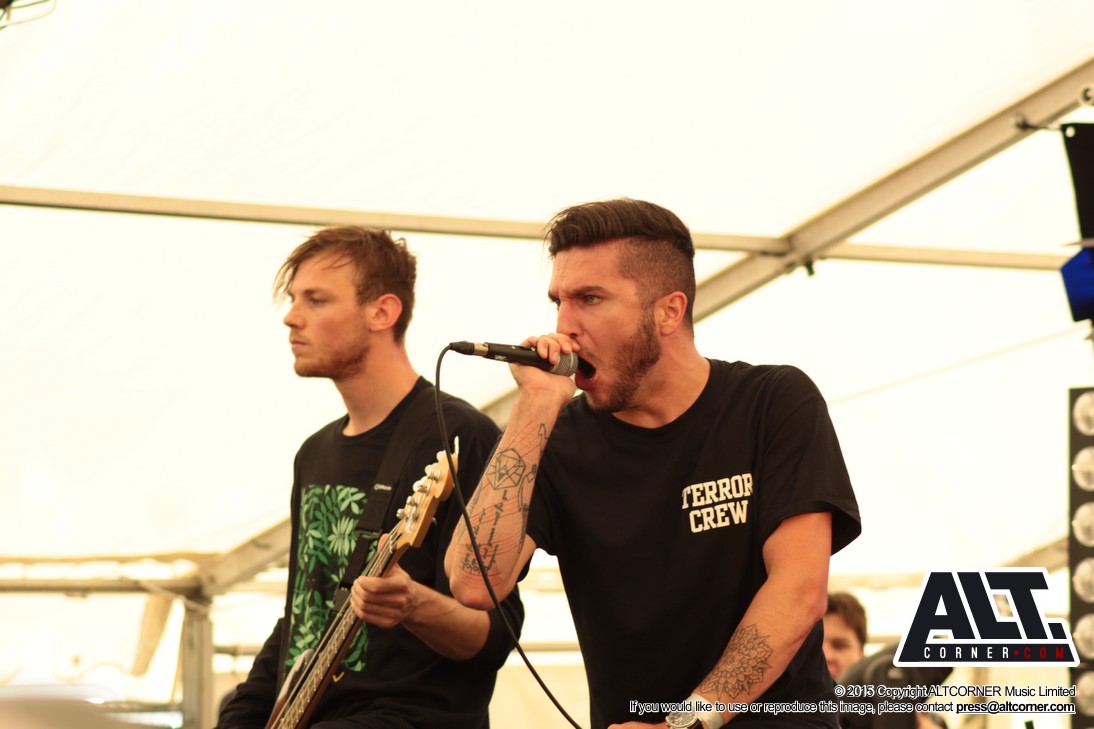 There is always a cloud of sadness when the month of September commences for the average music fan. Mainly because this symbolizes the end of festival season. Luckily, there is one bright spark in Petersfield that exists and offers the chance to say goodbye to the festival season with a bang.

Butserfest, now in its 9th year has become a staple amongst UK festivals for its relaxed vibe and is often referred to as the nicest festival by fans, artists and press. As I and one of the AltCorner Team members begun our walk down the hill past all of the surrounding trees and into the core of the crater-like area that Butserfest takes place upon, It felt really great to be back once again (my last visit being in 2013).

In this installment of our review of the festival, Brad gives his thoughts on the sets by Jack Howson, Prolong The Agony, Our Hollow Our Home and Ella Davidson.

Jack Howson took his place upon the Introducing Stage and delivered the first offering of Acoustic music for us at Butserfest. The singer-songwritter from Southamton performed a selection of his own tracks that were both catchy and lyrically admirable. There was a few covers thrown in, notably a cover of Catfish And The Bottlemen that went down a treat. I actually preferred Jack’s own material as opposed to his covers as it showcased his everclear full package of talent.

Prolong The Agony pretty much claimed the Crossroads stage as their own at Butserfest. The Portsmouth based Metalcore cross Hardcore wordsmiths nearly tore the roof off of the tent with their heartfelt, honest and punch in the face style. Vocalist Larry Welling connected and engaged with the crowd as they hung off and repeated each word whenever he ventured over the barrier. Tracks from latest EP ‘All We Are’ were ever present and they went down ecstatically with the participating audience. Prolong The Along may not be reinventing the wheel of Metalcore but my god they are making the pendulum swing from Yorkshire to the south coast.

Our Hollow Our Home have been regular fixtures at Butserfest and the UK festival scene for a while now but they were back with a point to prove. With two new members and a respectable position amongst the main stage roster, they could have been overwhelmed by such a daunting task. However, the boys from Southampton smashed in ever sense of the word. Smashing through their flawless back catalogue followed by a truly monstrous performance of ‘Heisenberg’, Our Hollow Our Home really made sure they left everything they had on that stage. Bravo chaps!

Momentarily breaking away from the chaos that preceded her over at the mainstage, Ella Davidson served up a calmer follow up in the form of her own slice of Acoustic Folk on the Introducing Stage. Treating the audience to a truly spriteful performance of songs that were both pleasantly catchy enough to nod your head to and even spawn a smirk for the lyrical work. Ella was joined by a full band who really made her setlist come alive whilst also adding a real warming feel to Acoustic/Folk aesthetic.