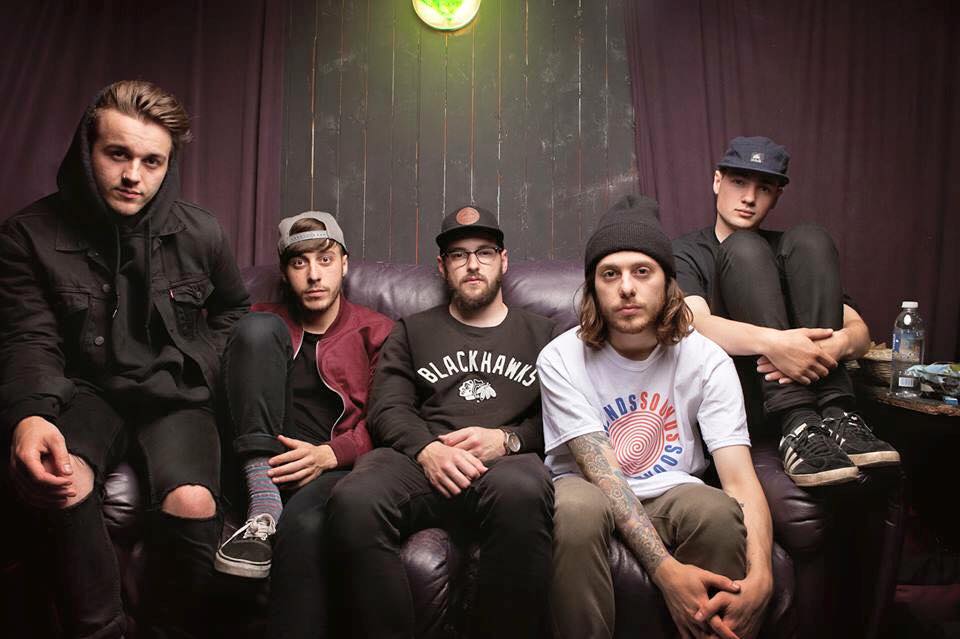 These guys are getting some buzz within the recent wave of hardcore influenced pop punk championed by acts like The Story So Far and Knuckle Puck and in fact have just announced that they are supporting the latter in a British tour. Boston Manor take their general influence from these American bands and mix it up with some of darker tonality of the post-hardcorey British punk rock that’s been about in the form of Lower Than Atlantis and the like. This is the first time I’ve really liked that kind of sound, I have a profound dislike for LTA and their like but the combo these guts produce is a welcome exception.

The EP opens with a straight hardcore pop-punk jam – Gone. I’d be surprised if this song song isn’t the band’s love letter to The Story So Far, the similarities in melody and pacing between it and the songs of Under Soil And Dirt are incredibly noticeable, particularly Swords and Pens. However this is in no way detrimental, the delivery and musical style of the band and singer is distinct enough to make this song a fresh addition to the genre and was at first my immediate favourite.

Track 2 – Trapped Nerve – is another solid entry of a much darker tone but still pop punk through and through; bearing many similarities to classic emo of 2005. It’s kind of a halfway point between Knuckle Puck and Taking Back Sunday in it’s shout/sung vocals and frantic chugging and its a mix I think works really well. This song is a definite grower, having over time succeeded it’s predecessor as my favourite.

At number three we have Asleep At The Wheel a decidedly more major affair in which we find more of the crazy fast paced pop punk drumming and short little half time breakdowns. Still containing a healthy amount of angst with lyrics about going home and dowsing your bedroom with bleach. A good pop punk song but somehow less distinctive than Gone, it’s in danger of sounding like most things in the genre nowadays.

We round off with Shade probably the EPs weakest track, a more sombre song that gives in the quieter moments some fond memories of Mark Hoppus the self titled Blink-182 album. It’s a decent song but just fails to register in your head as much as the first three.

I’ve been critical but nonetheless this is still a top EP from Boston Manor that I’ve thoroughly enjoyed, I definitely want that known. It’s not breaking any boundaries but any pop-punk fan will be able to listen these guys and find a new band to add to their library/playlist/collection and I would definitely go to a gig of theirs. Good work lads.