Previous releases ‘Colourmeinkindness’ and ‘I Wish I Could Stay Here’ will of course, have their cult following but in comparison to ‘Promise Everything’, they simply no longer suffice… 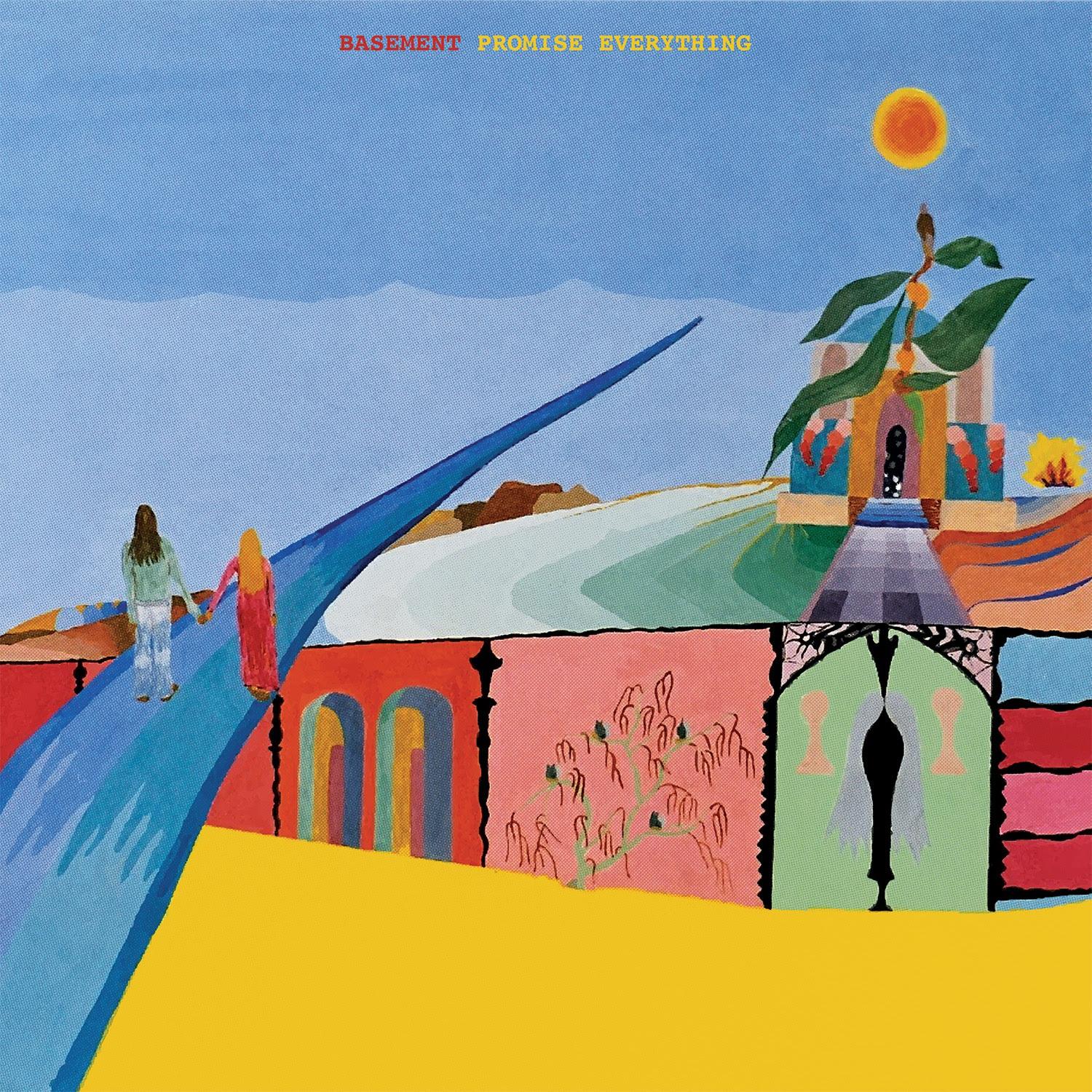 Cast your mind back to January 2014, a time when the internet erupted with celebration and joy that Basement, the darlings of the emo-grunge crossover revival of recent times, announced that they would be returning as a functional band. July 2014 rolled in and Basement’s first release since 2012’s Colourmeinkindness was released in the form of ‘Further Sky’. Present day sees them return with their third full-length release, ‘Promise Everything’.

As I cite Basement as one of my most adored bands, it was an album that I initially approached with some hesitancy. The pressure of pleasing the Basement following who have swelled in numbers posthumously for the Ipswich five-piece could have led to strains both creatively and pose the threat of being swallowed up by the weight of expectation.

Luckily, I can report that this album is quite honestly, the best material Basement have released to date. Opting to buck the recent trends set by bands who occupy the same scene Basement find themselves in, there is not even a whiff of them going down the dreaded, 50-50 success rate, shoegaze route. Instead, Basement take what made them such an integral part of the scene and upgrade themselves to include life lessons that are documented through their newly re-defined lyrical output and with, ‘Promise Everything’ being their third release, its clear to say musically this is their most advanced.

Songs like ‘Aquasun’ and title track, ‘Promise Everything’ without doubt have every ingredient to settle themselves amongst Basement’s already secure list of fan favourites. The recurring riff that plagues your mind upon your very first listen of ‘Aquasun’ which is accompanied with the fantastic lyrics and delivery from vocalist, Andrew Fisher makes this track the real standout track upon this release and is certainly an early contender for Track of the Year.

‘Blinded Bye’ invokes every sense of nostalgia for bands like Jimmy Eat World and Weezer but, is not blighted by this; in fact, it is its main draw. The whole structure is perfectly mastered to create a completely infectious sing-a-long anthem that will ensure every listener will be moving at least one, or multiple parts of their body the minute the chorus ends and that droney guitar drafts in.

Tracks ‘Oversized’ and ‘Halo’ are where you really see the band venture into pastures new and, the fragility expressed in both tracks is something to truly behold. Proving that, as musicians they certainly aren’t afraid, and nor should they be, of trying something different to their usual style. ‘Lose Your Grip’ is another track which may be perceived as going against Basement’s normal sound but the contrast between the vocals and the instrumentation, added to the highly fetching chorus means this track is another highlight in an album full of them.

Basement have honestly made an album that everyone needed. Forever, being a band that do not shy away from demonstrating their influences and favourite bands, their graceful way of wearing this on their sleeve and yet, still developing their own sound is something that is both commendable and rare. Previous releases ‘Colourmeinkindness’ and ‘I Wish I Could Stay Here’ will of course, have their cult following but in comparison to ‘Promise Everything’, they simply no longer suffice. The doubts some may have had over their return and the contemplation of conquering their posthumous rise in popularity have been completely quashed as the Ipswich five-piece have smashed through every challenge that has faced them in the past three years to return and subsequently create an album that is nothing short of perfect.