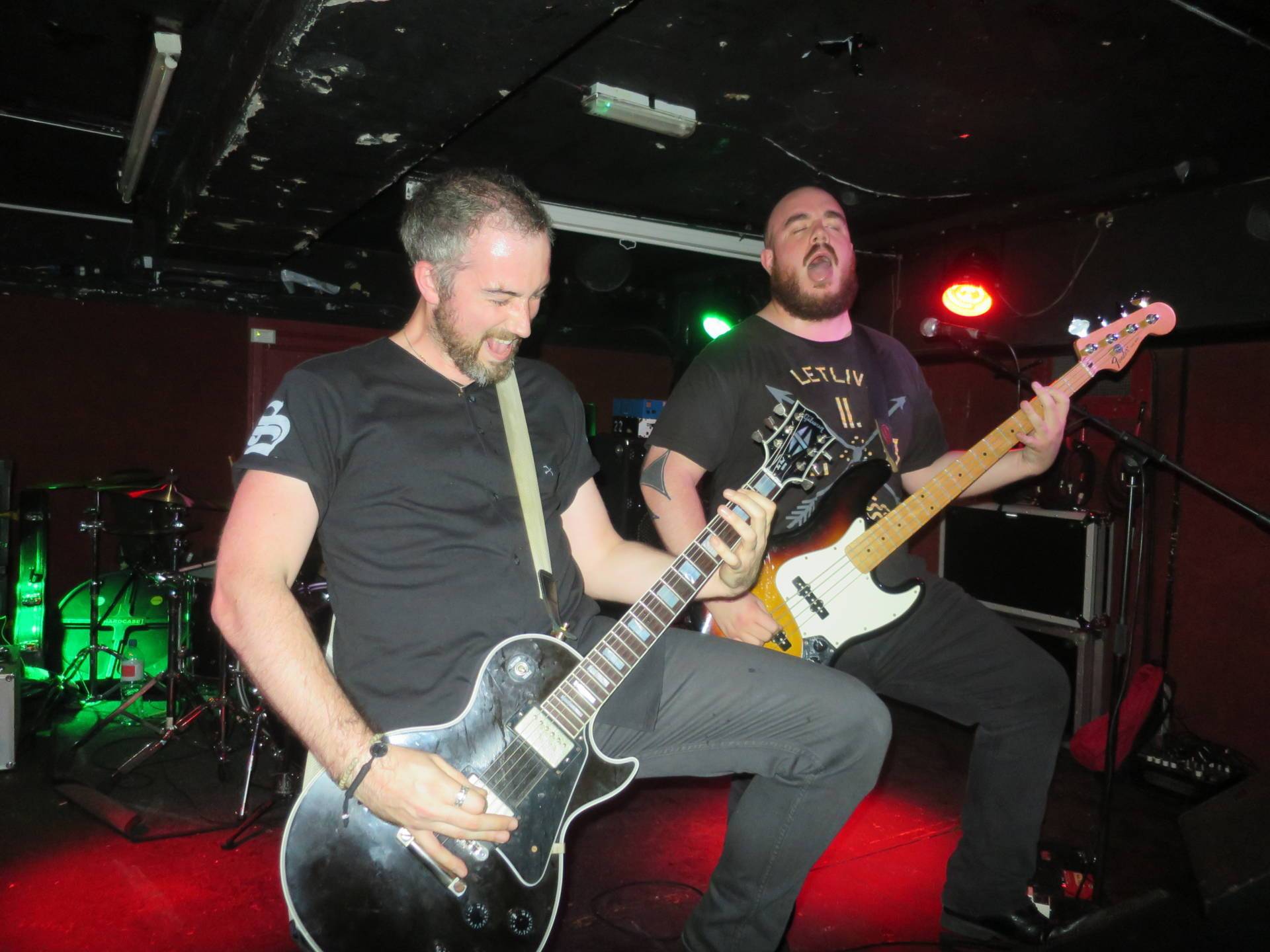 Tonight’s gig took me to the Nice ‘N’ Sleazy in Glasgow to see four bands that I knew of but the headliner; Bad Signs being the only act I had not seen live before. It was so good to see members of Mountains Under Oceans, Atlas Empire, Dialects and Halo Tora in attendance tonight too as they all supported their local music scene.

Megalomatic were up first tonight and it was good to see them again. They are a four piece pure rock band and last time I saw them they were headlining at their two year anniversary gig. Tonight they opened the evening and it was a little different performance. The bassist was not running around jumping into the crowd nor climbing on the amps but this may have been due to the fact he was not on a wireless guitar. However, on a positive note, this meant I was not distracted by this element of their performance and instead I found myself enthralled with the guitar playing so much so I almost forgot to take pictures! The singer was having a few technical issues with his guitar after a string broke, a dial came off his guitar, but they still provided a solid performance.

Up next were Hershel’s Head. Take one part punk pop, two parts rock, dunk in a vat of Scottish attitude and you have Hershel’s Head. These guys turned up to have fun on stage and boy did that come across in their performance. Their lead singer had a raw rock feel to his voice with an energetic flare that was demonstrated in his movement across the stage. The sound of the drums during this set resonated with me down to the core of my bones and had me banging my head along throughout.

When the bearded wonders that is F.O.E.S. took to the stage I knew from previous experiences that I was in for a good show.  I am a big fan of these guys and their drummer, Lerenzo is one of my favourite (if not my favourite) live drummers; the way he plays has my heart beat in time with the kick-drum.  Their sound is one that is hard to describe in words… they are at heart an indie-rock band, but they do possess classic-metal hooks. Despite the technical issue tonight (drum kick braking, and guitar dying and needing to be replace mid song) their set is one of the reasons going to see bands live is a must, the atmosphere they create on stage is one that you will remember for days.

To finish the night was the three piece; Bad Sign. This rock band is one I have been trying to see live for over a year and have missed every time due to gig clashes. But tonight was their night to impress me and they did not disappoint. From the off you are hit by the monstrous riffs and they just keep coming thick and fast through out the set. The pure energy they provide on stage will have you fired up banging your head and jumping around. These are a group of guys that make the crowd’s enjoyment their measurement of success, so much so that they took off into the crowd to jam and make everyone feel really part of the set. If you like to see pure energy and monster riffs like me then, you need to get ass down to a show and see these guys play!