This dark album is a great New Grave release. Full of dark lyrics and almost hypnotic melodies. This is an album that will not only connect with their existing fans but is sure to gain the band legions! 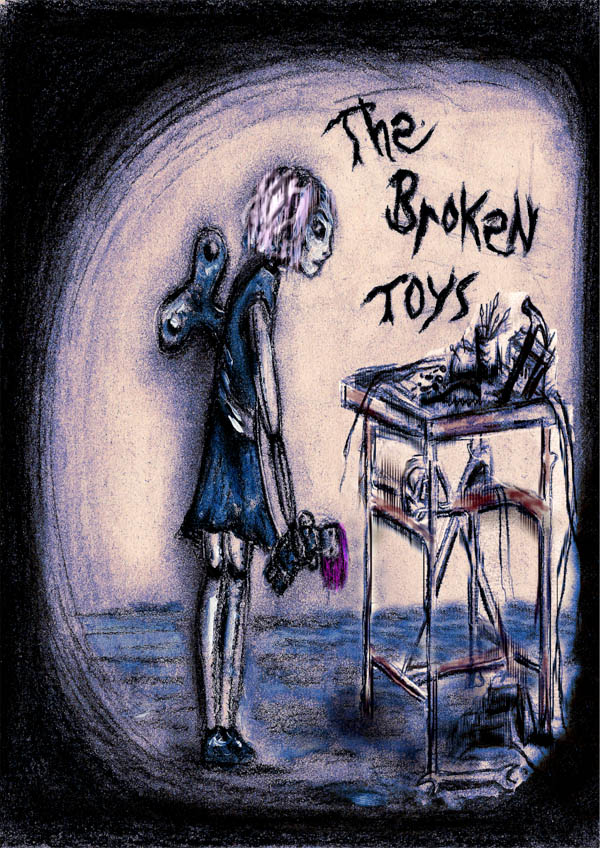 Bad Polyanna‘s release The Broken Toys is out December 1st and focuses on identity and what it means to be human. Each song tells a story with themes that are very common in everyday life. The band focus on both beauty and darkness which is evident in the release.

Opening track Define Me sets the scene for the album with its lyrics that are sure to be relevant to the majority of the bands fanbase talking about how society defines people whether its based on looks or any other stereotype. An angsty opener. Bionic Heart has an interesting and captivating opening instrumental with frontwoman Olivia Hyde’s almost Blondie-esque vocals. Hooks is a dark yet almost hypnotic track. Blood and Rust is the stand-out track alongside title track The Broken Toys. Out Of My Mind talks about how your thoughts can define you and lead you down a dark path, bordering on the issues that can be faced by people suffering from different mental illneses.

The Broken Toys is a 4-minute track that has a haunting melody with the lyrics being a call to arms for people who are or have been suffering from problems relating to the themes of the album. A stand-out track that shows the band are being a voice for those who have suffered with the lyrics: “we are finding a voice, we are the broken toys”. An anthem for the fans.

Closing track I See You is vocally the strongest track as it is a very stripped back acoustic ballad in which another side of Olivia’s vocals can be seen. An emotionally charged ballad that although seems to be tacked on in relation to the rest of the album, it is a great track that hints to the strong band/fans relationship that is so often seen in the New Grave genre. This is a track that lets people know that no matter what they are struggling with, there are people there to help and who will always be with them. A beautiful track.

This dark album is a great New Grave release. Full of dark lyrics and almost hypnotic melodies. This is an album that will not only connect with their existing fans but is sure to gain the band legions!