AFI are back with new album Bodies. The band’s die-hard fanbase will love this new record. 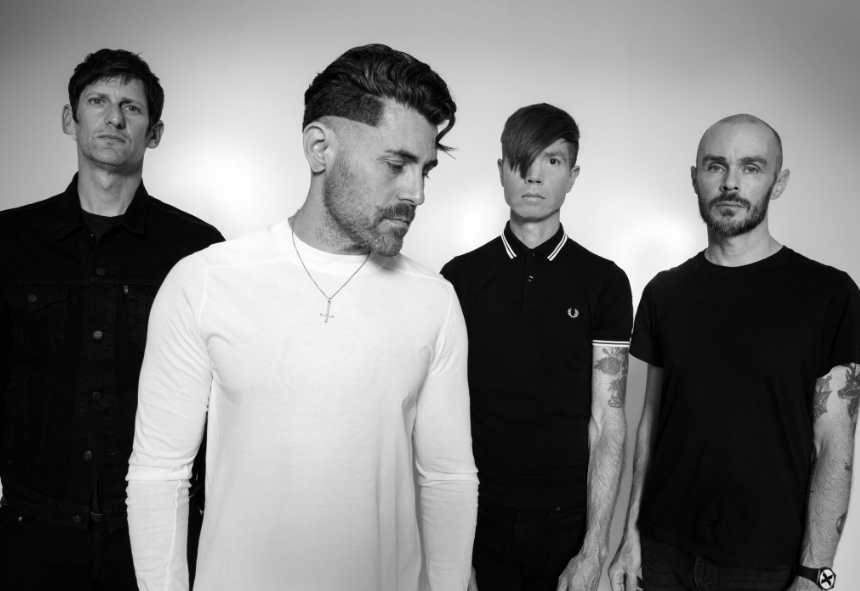 One thing with AFI is they have their specific sound and stick to it. Twisted Tongues is a delight to listen to and a good opener for the record. There are some great drum fills and Davey Havok’s vocals compliment the backing instrumentation well.

Far Too Near sounds like it would slot in perfectly on an 80s synth pop record – just with an added twist of rockier instrumentation.  It is quite repetitive but it works.

Dulceria sees a shift to higher vocals and simple instrumentation but keeps to the borderline synth-pop feel with some lovely guitar work.

The drums on On Your Back is the song’s saving grace. It tries to give the album a lift but is pretty flat aside from the drums.

Begging For Trouble kicks in like it could be a Green Day song – and probably is one of the better ones on the record.

No Eyes has a lovely introduction which picks the record back up. It’s lovely while still keeping to the signature AFI sound.

Bodies is a good album full of decent songs but it just didn’t hook me in as much as previous AFI albums.