A Year Today released their debut EP ‘We Are The Young’ earlier this month and celebrated it’s release with a sold out launch show at The Exchange. Brad went and reviewed the night… 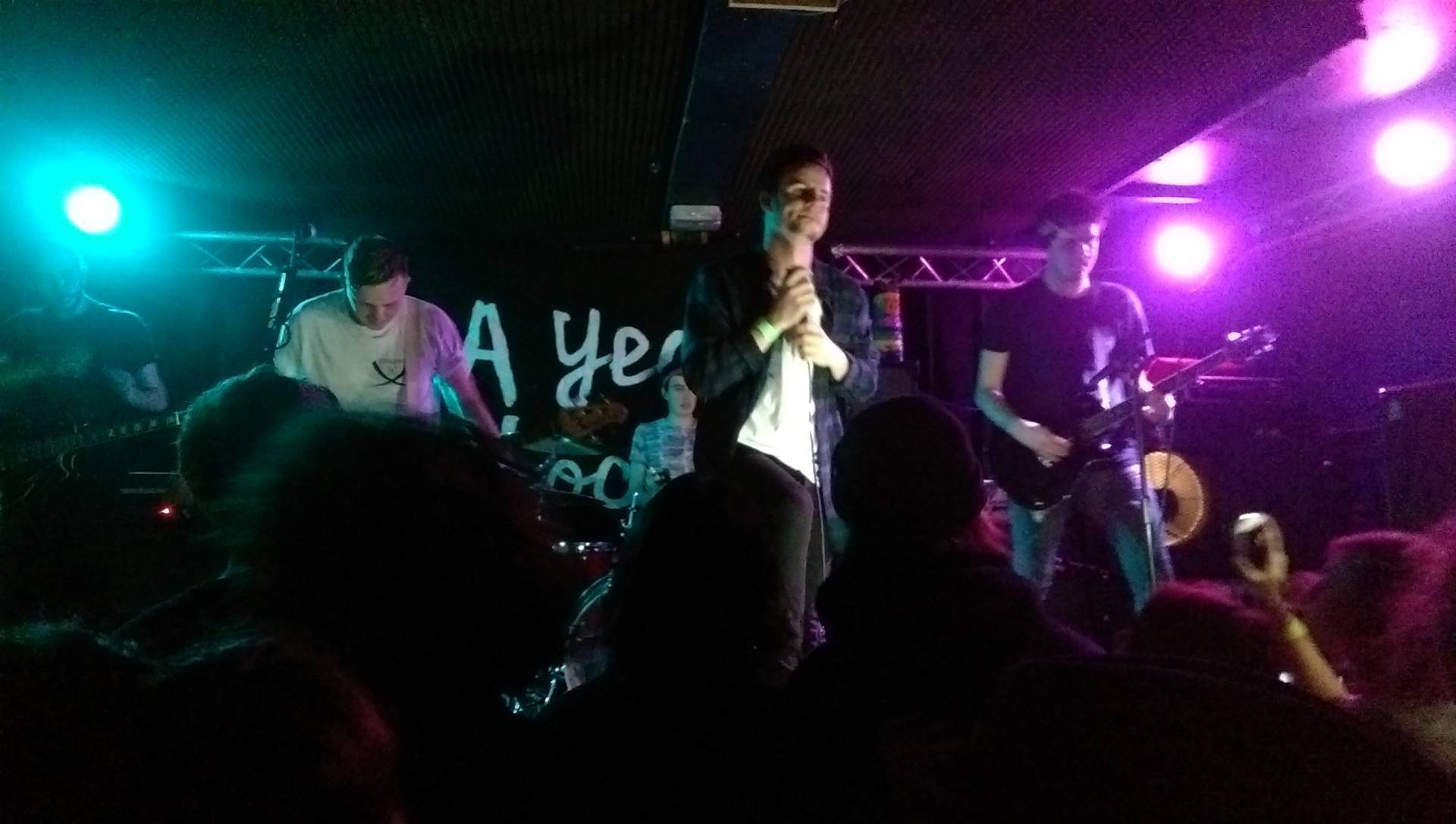 Saturday night saw the celebration for the release of the EP, We Are The Young by A Year Today. A release what I believe is an early contender for EP of the year. The night was filled with great Bristol bands as A Year Today were joined by local heroes Syren City, Orphelins and Conway.

The night begun with Conway who played their undefinable blend of ska, funk, punk and rap which did exactly what they had promised and got everyone moving. As they coasted through their infectious set list, Conway certainly started the night with a ska-infused bang and certainly earned themselves some new fans following this performance. Gaining a large applause at the end of their set, Conway are unique and special band who could well be onto something special.

Orphelins were the second band of the night and they oozed cool with their blues tinged rock performance that even included a brief glimpse of The Prodigy as an epilogue to the end of one of their tracks. With a group of dedicated fans in attendance, they made sure that the band were well aware of their adoration as they danced, sung and partied to each track. Orphelins swept through their catchy and infectious discography and ended the night with the party anthem ‘Say What You Want’ which everyone in attendance sung along like a gang of football hooligans. A great band who know how to rock. Kudos to front man Ashley Jackson for being a real crowd-pleasing frontman too.

The last of the support bands were local heroes Syren City who played some of their most well-known tracks which set the crowd into raptures as they blasted through hit after hit. Their great performance was even more impressive as lead singer Simon Roach was ill for the show yet still managed to perform all of the tracks to the highest calibre whilst also showcasing his inner showman. There was also the complexion of having a new bassist for the night but like the great band they are Syren City did what they did best and rocked out. Syren City even laid down a cover of Rage Against The Machine’s’ Killing in The Name Of’ which was a cover that certainly lived up to the original and it was a complete riot from start to finish. Bravo!

The night was drawing to close but it was time for the mammoth A Year Today to take the stage and to blow away the anticipating audience. Playing tracks from their previous band, Albion’s catalogue and even doing a rip-roaring, party-fuelled cover of Taylor Swift’s Shake It Off. The cover featured some amazing screams from bassist Conor Feeney and overall was absolutely brilliantly fun, even if it did expose everyone to knowing Taylor Swift lyrics! For A Year Today though, it was when they performed their tracks from the EP that the night revolved around where they really shone. Track ‘2607’ was delivered in a hauntingly beautiful manner most notably by Lead Singer, David Hackett – a song that evidently means a lot to him as his pure emotion shined through for all to see and embrace. Tracks ‘We Are The Young’ and ‘Oh Captain’ caused delirium amongst all of the audience as there was dancing, head-banging and even a bit of a mosh pit towards the end of ‘I Remember My First Beer’. The whole night was a feast full of bands who all brought their ‘A’ game but it was A Year Today that deservedly stole the show with their party rock cocktail of anthems that blew the roof off of the exchange and were quite easily one of the best bands I’ve seen at that venue. If you get a chance to see them on their upcoming tour make no mistake and make it your mission to go and party with A Year Today.