After revealing the news of their debut EP Alter, Danish four-piece Yung have now unveiled the video to lead track ‘Nobody Cares’. 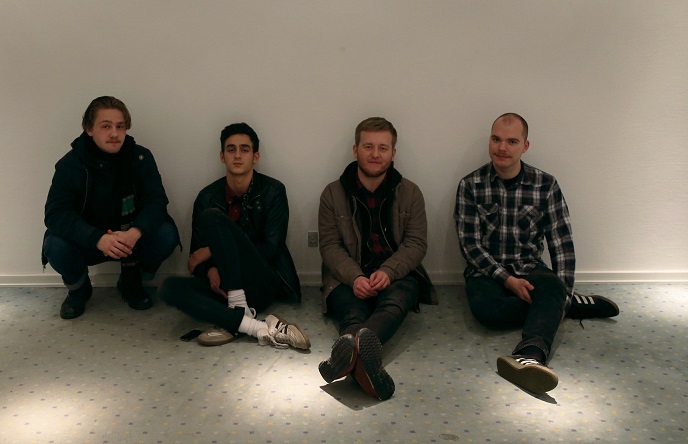 After revealing the news of their debut EP Alter, Danish four-piece Yung have now unveiled the video to lead track ‘Nobody Cares’. In addition to sharing the video to ‘Nobody Cares’ Yung are also pleased to announce that they will be supporting METZ at their one off UK show at London’s 100 Club on March 3rd, as well as bringing their brash, yet endearing Nordic Punk for their debut UK show at London’s Old Blue Last on the 2nd March.

Fuzzy imagery flickers between shady exorcisms and more adventurous outings in suitably choppy fashion, the video perfectly replicating the track’s frantic energy. The striking cover art of the Alter EP takes centre stage, and as Yung creep out of their native Denmark, they’re bringing a haunting shadow of the country’s long winter nights along for the ride.
Alter will be available to buy digitally and as a limited run of transparent red vinyl worldwide from March 2ndUK / 3rd US on Tough Love Records.