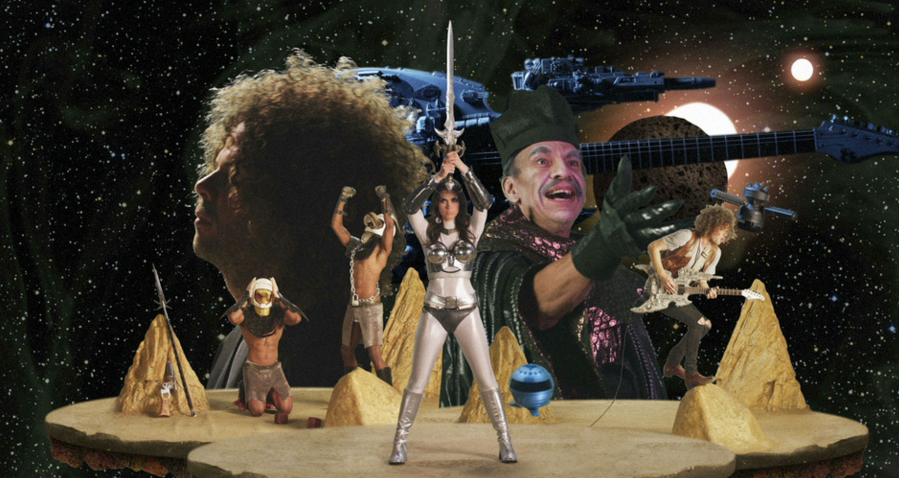 Grammy winning rock band WOLFMOTHER have revealed the kitschy tongue in cheek sci-fi video for their lead single ‘Victorious’. The video was shot in Los Angeles and directed by Brother Willis (Beirut), and sees Stockdale wield a laser-shooting guitar alongside a galactic warlord and heroine.

“The video is about a girl who’s held hostage by evil alien folk, but upon hearing the powers of Wolfmother’s smash hit rock ’n roll extravaganza, the heroine is set free from the dark forces of the universe,” Stockdale comments. “It is with this knowledge that all forces are combined through the rite of Wolfmother riffmania. And we had a blast shooting it.”

The single is the title track to upcoming album VICTORIOUS, which is set for a February 19th release through Universal Music Catalogue.