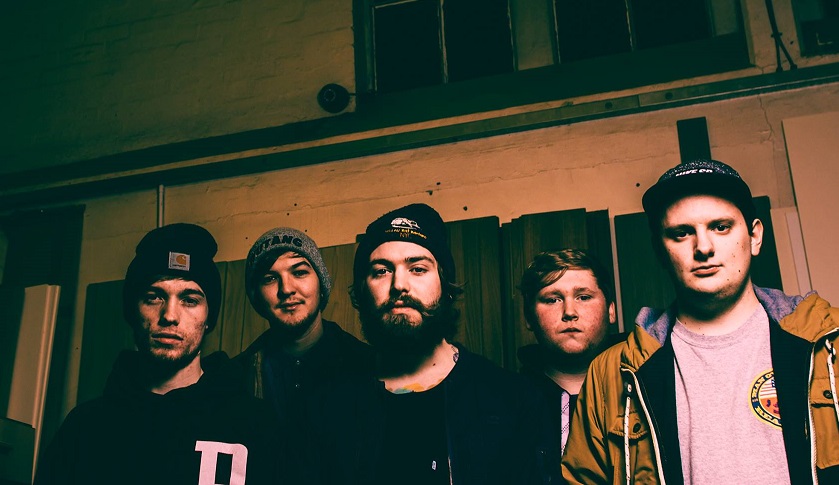 “When we started the band we were all in a situation of waking up every morning, going to work, coming home and going to sleep,” recalls Sammy Clifford, vocalist with Liverpudlian newcomers Waster, recalling the origins of his band’s blunt moniker; “It felt like we were just wasted space and not really doing much with our lives other than working. To be honest, that situation hasn’t really changed other than now we’re really broke due to band commitments, which is where the EP name, ‘SKRWD’, came from. But, this band has given us all something to do, and to be proud of; like, we aren’t prepared to just settle for a boring, generic lifestyle anymore and we’ve decided to do something about it.”

A creative outlet born from lack of options, a cathartic escape from the norm… these tropes lie at the heart of many a band’s origin story, but few fresh faced acts come out of the blocks as accomplished as Waster.

Completed by guitarists Danny Swift and Kieren Alder, drummer Kieran McVeigh and bassist Alex Tobijanski, Waster grew up on “the ‘original’ mainstream pop punk bands, like Blink, New Found Glory and Sum 41,” and the quintet make no bones about being the product of their influences. “I think our music reflects the music we love, yet it’s got an edge to it that doesn’t distance itself from what the genre has evolved into today,” opines Sammy; “It’s a good blend of the bands that drew us to playing instruments in the first place and the bands we listen to on a daily basis today. We’re fully prepared for the onslaught of comparisons that will no doubt be thrown our way, but honestly we just make music that sounds good to us, and that’s all we care about. If people dig it, sick! If they don’t, that’s totally cool!”

Produced and recorded by Seb Barlow at Celestial Recordings (Neck Deep, Homebound, ROAM), Waster’s debut E.P ‘SKRWD’ is a full force introduction to the band’s keen ear for instantly familiar hooks and head bobbing grooves, showcasing more savvy and swagger than many bands with ten times their experience. But whilst their music might be serious, the members are far from, as their tongue-in-cheek music video for lead single ‘Graveyard’ might suggest. “Remember at school everyone was split into ‘sets’? And there’s a set that all the class clowns get thrown into… imagine they formed a band – that’s us!” laughs Sammy; “We like to act (and dress) up a lot, and don’t take ourselves too seriously at all. We want to be different, and want to stand out by showing that. For example you will never see a boring video from us; we will just not allow that to happen, and we can make that promise from day one. And something we feel everyone should also know is that everything we wore in the ‘Graveyard Shift’ video is genuine attire. We wear that shit on a daily basis, corpse paint and everything.”