Wardance have just revealed the video for their spacey garage track ‘Guiding Light’ taken from the upcoming Wardance EP that will be released on October 2nd. 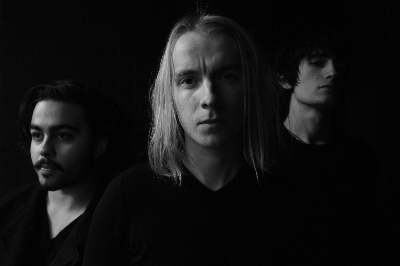 Wardance have just revealed the video for their spacey garage track ‘Guiding Light’ taken from the upcoming Wardance EP that will be released on October 2nd.

The video takes us on a journey through the familiar urban-scapes of West London ending up in Camden, the capital’s hub of rock‘n’roll. ‘Guiding Light’ shows the more reflective side of their songwriting without losing their hard-hitting Seattle influenced fuzz attack with a distinctly British sensibility.

The upcoming Wardance EP has been produced by Sean Genockey (Futureheads, Suede, Jesse Hughes) and opens with the high octane debut single ‘Free Radicals’ that saw the band strut onto the scene with their sound of thick guitars, lo-fi vocals and monstrous bass.

Pulsating in the midst of an exciting grunge resurgence that’s powering across the UK, the Wardance EP is rough and ready with influences from the 90’s elite of Nirvana, Weezer and early Soundgarden yet jagged with a harder edge of gnarled Brit-rock swagger.

Wardance have already built up a dedicated London following from relentless gigging in the city, which has seen them play sold out shows at The Barfly, Purple Turtle and The Tram & Social amongst many more. The celebrate the release of the Wardance EP they will be playing a release party at Notting Hill’s Mau Hau bar amongst a string of other shows this Autumn.