TRACK OF THE DAY: The Grubby Mitts – Worm Of Eternal Return

The Grubby Mitts are a band from Bedford, UK lead by acclaimed artist Andy Holden alongside long-term collaborators and friends Johnny Parry, Roger Illingworth, James MacDowell and John Blamey. Their latest track ‘Home At Last’ is our Track of the Day. 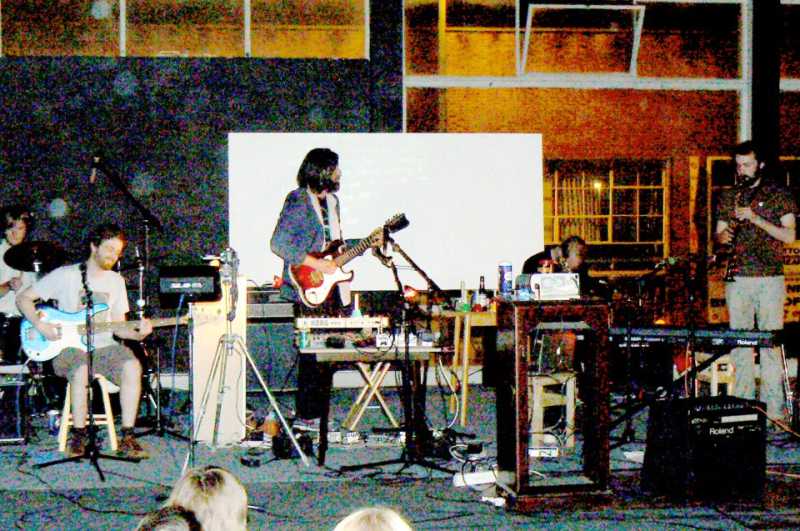 The Grubby Mitts are a band from Bedford, UK lead by acclaimed artist Andy Holden alongside long-term collaborators and friends Johnny Parry, Roger Illingworth, James MacDowell and John Blamey. Now in their early thirties, they have been playing together in various line-ups since the age of twelve. This album has taken 8 years to complete.

What the World Needs Now Is, is positioned as part-anthology, part debut album; a cornucopia of sounds from the willfully eclectic output of the Grubby Mitts past and present. The record is deliberately incongruous, with ambient electronic pieces juxtaposed with pop songs, string quartets, spoken word and a children’s choir and school orchestra. Often one line refrains are repeated and layered in an attempt to grapple with vast sentiments; such as the single “To a Friend’s House the Way is Never Long” and the Gavin Bryars’ esq “We sat together the mountain and I until only the mountain remained”. Other tracks include a triumphant, joyous anthem (“Standard”), a curious re-working of an old English poem (The Unquiet Grave), a song that changes genre part way through (Bubbleblower), lounge jazz (Lenny), English pop (Home at Last) and songs that seem to build as much around lists as lyrics (Pessimism of the Intellect, Worm of Eternal Return).

The bands sound is constantly changing, trying to reflect an experience of pop music after dance music and after ‘iTunes’. Unusual sound-sources abound; the sound of a marble dropping down a child’s toy (Last Stop for the Good Old Times), bicycle wheels, coffee pots bubbling, snippets from cartoons, detuned radios, and jazz records all compete with live drums, drum machines, an array of woodwind, guitars, piano, synths and home-recorded string quartets. The band have even published a manifesto calling for Maximum Irony! Maximum Sincerity, and this record perhaps reflects this sensibility.

You can order the limited party popper single via their label, Lost Toys, here: