Tim Vantol will be hitting the UK with Chuck Ragan at the end of March, then returning with Hit The Deck Festival appearances and Headline shows in April. 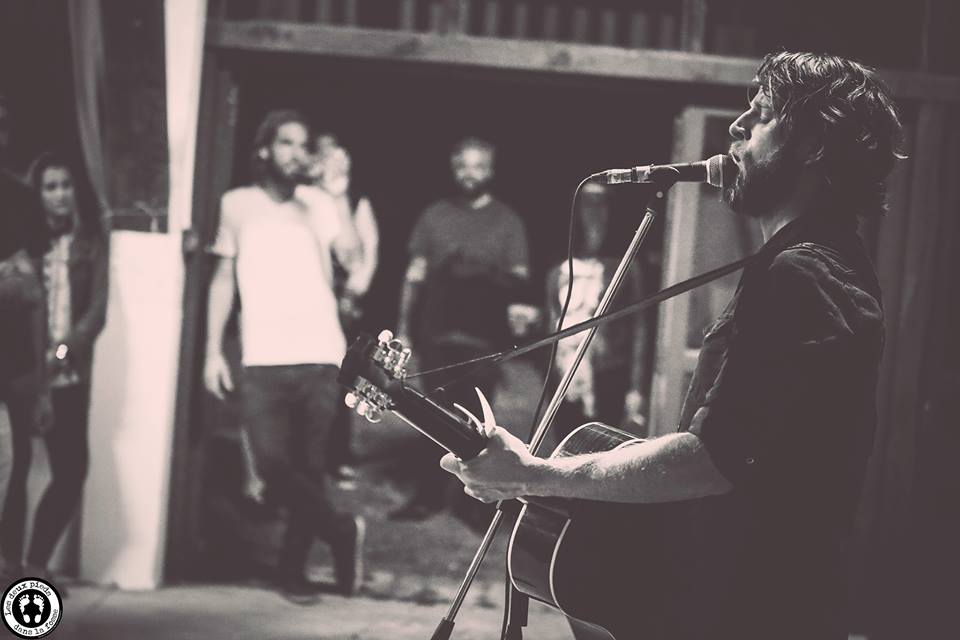 “If We Go Down, We Will Go Together” is OUT NOW through Uncle M

Ups and downs, victory and defeat, hope and despair. Life probably provides more stumbling blocks than stepping stones. For this very reason, it’s nice that there are musicians like TIM VANTOL that accompany you, not only on the sunny side of life, but also help you through rainy days, when you’re swallowing down your sorrows at some dimly lit bar. Because going down is way easier together. Yet, at first glance, Vantol, himself, doesn’t have a reason to complain. After all, the singer-songwriter has been a sought-after guest on smaller and larger stages for a number of years such as a popular support act for Chuck Ragan. He has shared his innermost feelings at festivals like Lowlands and Groezrock as well basements and bars all over the wold.
Vantol’s releases cultivate his ambivalent relationship to being a musician on the road, as a symbol of freedom, but also of loneliness and deprivation. Vantol spread his viewpoint at nearly 150 concerts throughout Europe during the last year alone.

His 2010 debut, “Road Sweet Road” earned the Dutchman much acclaim in the densely populated sea of acoustic artists with raspy voice, at a start. With his new album “If We Go Down, We Will Go Together” however, he reaches new heights. A mature, composed and measured release stand Tim Vantol side by side with the leading contemporaries of the genre.

When digging beneath the surface of “If We Go Down, We Will Go Together”, Tim Vantol lays a path of not only despair, and negativity but the utmost amount of excitement, positivity and shrewdness. “Dirty Boots” sees Vantol want to tug us out of the often self-imposed lethargy and turn us towards light. For every pothole the musician finds the right chord and the perfect dose of stubbornness and “Yeah, we can do it!” – The perfect attitude to have, no matter whether it’s failed relationships (“Bitter Morning Taste”), religious strife (“Hands Full Of Dust”) or the admission of own errors (“Before It All Ends”). In so doing, Tim Vantol lends himself to folk and country stylings, whilst also staying true to his punk rock roots.

Enjoy “If We Go Down …” arm in arm with old friends. Singing along together.

Watch “If We Go Down, We Will Go Together!” here: