THE VELVET TEEN TO RELEASE NEW ALBUM, ALL IS ILLUSORY, ON JUNE 30, 2015 VIA TOPSHELF RECORDS

Topshelf Records and Sonoma Country, CA-based indie-rock band The Velvet Teen are proud to announce the release of the band’s forthcoming album titled All Is Illusory. 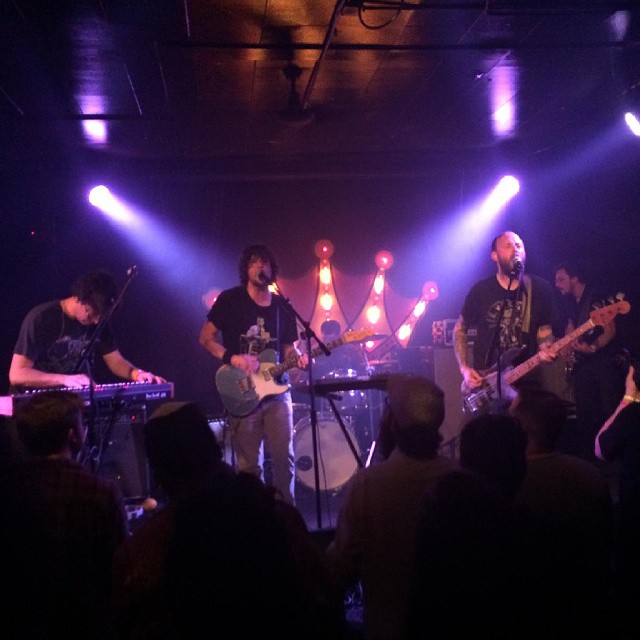 Topshelf Records and Sonoma Country, CA-based indie-rock band The Velvet Teen are proud to announce the release of the band’s forthcoming album titled All Is Illusory. Being released on Tuesday, June 30, All Is Illusory marks the band’s fourth album and is the long-awaited and elegant follow-up to 2006’s Cum Laude! that was recorded and co-produced by Steve Choi (Rx Bandits, Peace’d Out) and Roger Camero (No Motiv, Peace’d Out). From its gorgeous, swirling electronics to its harder, angular, ’90s-leaning flourishes of grunge, indie and emo, All Is Illusory is a welcome return for a band whose varied influences are still very much intact after its short silence.

Since its inception in late 1999, The Velvet Teen have traveled the world and challenged the very concept of genre with its eclectic and at times schizophrenic appeal. From the early EPs which showed prowess in the pop realm, to the dynamic indie jangle of its Chris Walla (Death Cab For Cutie)-produced debut, Out of the Fierce Parade, to the romantic strings and quietly political lyrics of Elysium, to the sexually charged whip-it beats of Cum Laude! and No Star EP, The Velvet Teen truly has a talent for seducing the masses into a cult-like state, before promptly leaving the faithless with nothing but a Kool-Aid aftertaste. The believers, however, will vouch that the experience is well worth the risk.

The Velvet Teen officially made its debut in a brief Icelandic tour in the debatedly millennial new year, finding founding member Judah Nagler accompanied by electronic arrangements programmed on a portable sequencer. After returning home, Nagler teamed up with former bandmate Logan Whitehurst, and together they recorded the first EP under the moniker. Josh Staples soon joined the group, and the trio recorded a wealth of material while touring North America, Canada and Japan until late 2004 when Whitehurst was diagnosed with brain cancer. Whitehurst would sadly pass from the disease in 2006. Casey Deitz filled in for Whitehurst and later joined the group permanently to help extend the band’s reach to Europe and record Cum Laude! (2006).

The present day finds The Velvet Teen signed to the San Diego, CA-based powerhouse independent label Topshelf Records (Braid, The Jazz June) and preparing for the release of All Is Illusory, its newest material that is a culmination of its history and a body of work that represents where its members currently are, creatively.