The Uprising of the Creeper Cult

On the 14th July 2014 and five guys from Southampton were sat around creating a goth punk band called Creeper after various other projects had broken down. They wanted to create music they enjoyed and in just over a year since their birth, have risen faster than anyone could predict. So what is so special about the quintet? 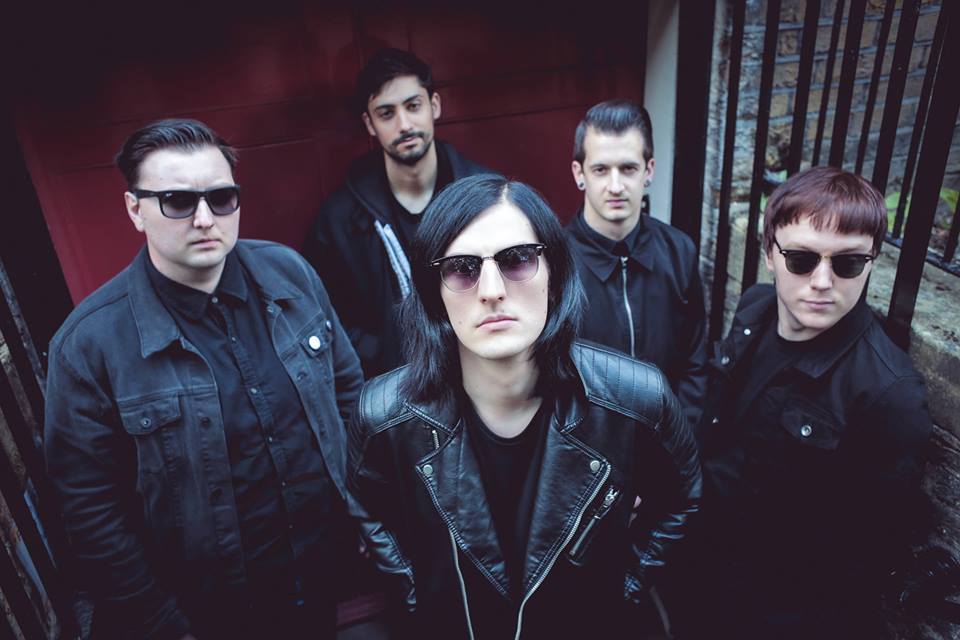 14th July 2014 and five guys from Southampton were sat around creating a goth punk band called Creeper after various other projects had broken down. They wanted to create music they enjoyed and in just over a year since their birth, have risen faster than anyone could predict. So what is so special about the quintet?

Well their debut EP Creeper was released in November 2014 and their first show was on August 1st 2014 at Southampton Joiners. Since then it seems like they’ve been constantly on tour with support slots with Moose Blood, Funeral for a Friend, Gnarwolves album launch, Lower Than Atlantis, Bury Tomorrow and The Misfits and festivals including Burnout, Takedown, Download, 200 Trees and Hevy Fest alongside the odd headline show. An appearance is also lined up at Warped tour UK and another support slot, this time with Frank Carter & the Rattlesnakes.

Now being on the road so much is good exposure for any band starting out, however it has started to catapult the quintet with their fan base rapidly increasing after each show. The first time I saw the band live was at 2000 Trees, having been a fan of them before and I was blown away by the amount of people singing along in the crowd.

They have also created a little community for the outcasts with the Callous Heart not just being an EP (their first EP from Roadrunner Records), it is now a cult that has become part of their stage show, with the skull logo becoming a regular piece of stage wear on their jackets. The EP which is out Friday (18th September) has been streamed for 48 hours only on their website (www.creepercult.com) and has had rave reviews. With lead tracks Lie Awake and The Honeymoon Suite being played as part of their set list, this was a chance for a sneak preview of the rest of the EP and it hasn’t disappointed! The EP has also had the backing of Radio 1’s Daniel P Carter who has provided the first play of both The Honeymoon Suite and Black Cloud on his Sunday night rock show slot. So what is The Callous Heart about? Well in a previous interview I did with vocalist Will Gould he explained that it was about their real life experiences and being on tour for most of their adult lives and a whole other little world.

But why are they a step ahead of the rest and rising so quickly? You cannot deny that they have unbelievable talent. With their mix of exhilarating guitar riffs, high bass line and catchy drum beat, coupled with smooth and alluring vocals. The dark and broody lyrics brought to life in an energetic stage show provide the reason why people come and stay on the journey. Their inspiration includes the likes of The Misfits, AFI and Alkaline Trio and its clear they provide a modern alternative.

Right, so they’re talented and have toured with some incredible bands and they’ve only been around for little over a year, surely it’s gone to their heads then? Well if you think that you’re wrong. They are some of the most genuine guys I’ve had the pleasure of meeting, always willing to talk and take an interest.

Is there anything not to like about them? Well honestly, no there isn’t! To sum it all up, their rise so quickly is down to their raw talent and genuine personalities coupled with some incredible touring slots and it is not the end, in fact, after the EP release, I predict more and more big things from the Southampton goth punks. So Will, Ian (Miles – guitar/vocals), Sina (Nemati – guitar), Sean (Scott – bass/vocals) and Dan (Bratton – drums) keep it up!