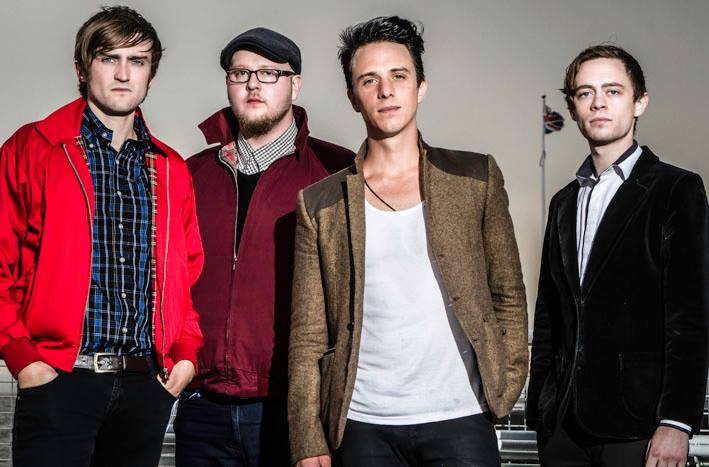 In just a short space of time The Talks have built themselves a compelling live reputation across the UK and Europe for delivering sweaty, high octane, dance floor filling shows, treading the boards with the likes of Madness, The Specials, Rancid, The Beat and many more.

2013 saw the band release their eagerly anticipated ‘Westsinister’ E.P. along with singles ‘Can Stand The Rain’ – featuring the legendary Neville Staple from The Specials – and the YouTube smash ‘Friday Night’. The E.P. and respective singles achieved much success with Ska Punk and commercial listeners across the UK and Europe and also achieved the playlists of certain American, Australian and Japanese Ska orientated radio stations. With main stage performances at globally renowned festivals such as ‘This Is Ska’ (DE), ‘Mighty Sounds’ (CZ) and ‘Rebellion’, tweets of appraisal and support from new wave big hitters ‘Less Than Jake’, glowing reviews and cover features from Big Cheese and Vive Le Rock Magazines – not to mention appearing in programmes on various UK TV networks – the bands reputation has surged from strength to strength.

In April 2014 the band released ‘Don’t Look Behind You’, their first single from upcoming album ‘Commoners, Peers, Drunks and Thieves’, which boosted the bands popularity seeing them dramatically increase their touring schedule and break through further into commercial and alternative media across Europe. Proceeding with a successful second single “Radio” in their back pocket, The Talks shortly followed with new album ‘Commoners, Peers, Drunks and Thieves’ and set out on an extensive European tour. Totalling up 40 gigs spanning two months across 9 different countries, and about 10,000 miles of tarmac, the band were able to explore a lot of new, wide reaching territories and deliver the mayhem to brand new audiences in places such as Italy, Austria, Poland and Croatia.

‘Commoners, Peers, Drunks and Thieves’ was released on 24th November 2014, sale figures continue to rise and the tracks are continuing to attract air-play globally.

Listen to ‘Tear Us Apart’ Here: