The Story Behind The Video For Campfires – Same Streets

“The video for SAME STREETS was the first video we shot for CAMPFIRES. We chose SAME STREETS for the first single/video because it’s such an upbeat, singalong anthem, that we felt a lot of people would easily relate to. When we first heard the track completed we all knew it would be the first song we released”. 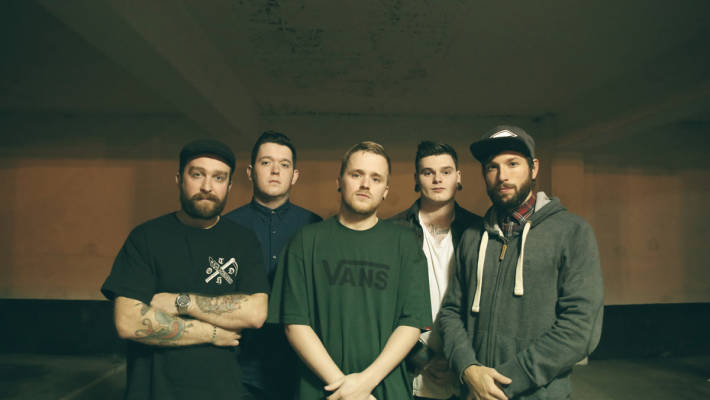 Three years after the dissolution of Autumn In Disguise, three of the members decided to get back at it again, forming Aberdeen pop-punk outfit Campfires: “The whole purpose of this new band is to get together as friends, write songs that tell a story and play fun shows. We felt like that was similar to sitting round a camp fire and telling stories – hence the name.” Despite being a project where fun is cited as the key ingredient, Campfires’ sound is far from disposable. Upbeat yet emotive, catchy yet sombre, the quintet’s self titled debut E.P it sees them slotting in well with the modern pop-punk sound de jour.

“The video for SAME STREETS was the first video we shot for CAMPFIRES. We chose SAME STREETS for the first single/video because it’s such an upbeat, singalong anthem, that we felt a lot of people would easily relate to. When we first heard the track completed we all knew it would be the first song we released.

We wanted to do something a bit different and special for this. We decided we wanted to capture the excitement and atmosphere of Same Streets in a live environment – but this was gonna be tricky considering we hadn’t yet played our first show as this new band!

We contacted some friends and fans from our past band who we thought might like to hear our new music. After sharing the new song with them, we invited a few along to a small venue where we played the song to the everyone. This actually proved a lot of fun and was exciting to see everyone’s reactions at our new sound. The fact that people were singing the words back at us, crowd surfing and getting so involved was crazy.
The other parts to the video are all shot throughout summer at various BBQs, beaches, a Harbour, drinking with friends, swimming in freezing cold Scottish rivers and jumping off a bridge. These situations represent the good stuff we get upto in the “same old” city that we live in every day.

We shot the video with some good friends of ours. Stuart and Pandy did all the camera work and editing. It was their company’s first music video but it went really well and we are thankful for them getting involved with us. These photos were taken by Yogi’s girlfriend Rebecca on a 35mm camera from the day of the shoot. Which was also pretty cool to get the films developed and see what went on from another view! I think we are all pretty happy with how things turned out on such a crazy and busy day. It probably gives a good idea of what Campfires is about as far as an introduction to our music and the first track from the EP”