After last gracing our shores in 2013, Surfer Blood return to Europe this Autumn in support of brand new record 1000 Palms. The band can be seen on the following dates…. 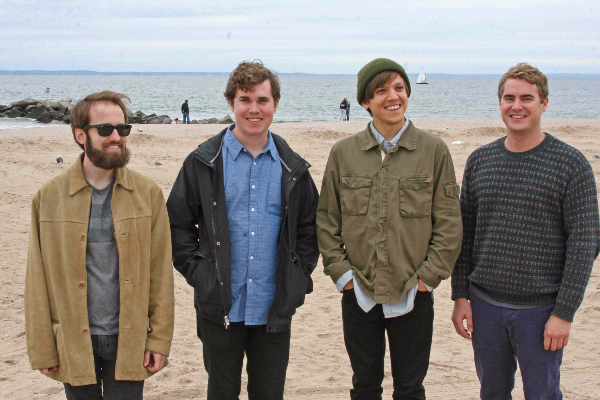 After last gracing our shores in 2013, Surfer Blood return to Europe this Autumn in support of brand new record 1000 Palms. The band can be seen on the following dates.

To coincide with news of Surfer Blood’s live return, the band have released the video for new album cut ‘Island’. Directed by Afflux Studios, the clip serves as a glimpse into a summer that we’re still holding out for.

The story of 1000 Palms began on January 1st 2014, after playing a New Year’s show in Portland, OR, the band decided to stick around for the rest of the month, renting a practice space and sorting through a backlog of ideas. By February, as their lease ran out, Surfer Blood had recorded demos for most of the tracks that now feature on their third LP.
After a frustrating time at previous home Warner Brothers, the quartet were beyond ready to return to a more DIY recording process, completely void of the middlemen scrutinizing every bar of previous LP Pythons. With the band self-recording it was in the glamourous setting of an attic studio above a doctor’s office where drums were committed to tape. Of the work, frontman John Paul Pitts states “fortunately none of us are strangers to DIY recording, so this seemed like the kind of challenge well-suited to our band”.