Stories Behind The Songs with Pirate Copy 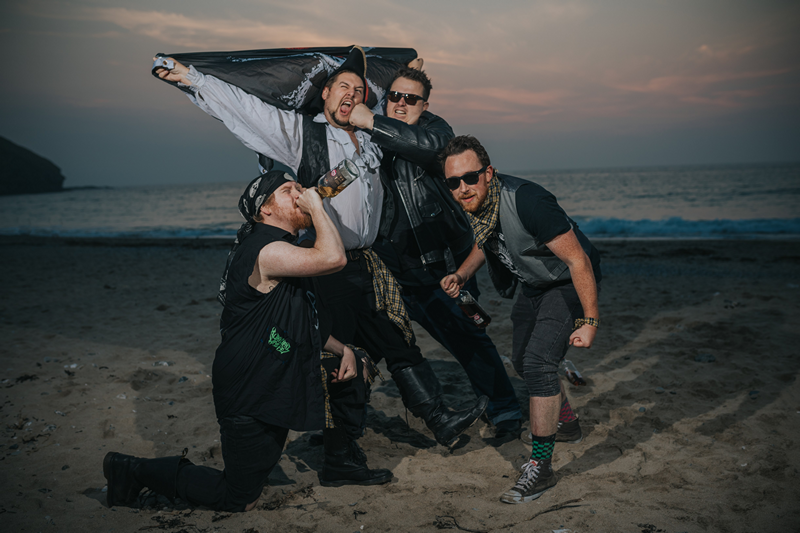 Ever wondered what your favourite artists think is the best song they’ve written? How about the meaning behind it? Well don’t fret because we at AltCorner have got you covered! Here Pirate Copy take us behind the scenes on their favourite song!

Hahaha, well, slipping in a shameless plug first, what I should probably do here is call out one of the songs off the new album, Swashbuckle & Swagger, maybe even All Drunks On Deck! which is out now, or Reckless Alice, which will be out directly, but the honest answer is that title track from our last EP, Goin’ Down A Storm has been around a fair bit longer, and is probably the one we’ve got the greatest attachment to, due to it’s history!

Cornwall has a fantastic music scene and a ton of phenomenal bands. There are even fewer venues now than there used to be, which really sucks, but it’s always led unique and memorable experiences, and plenty of stories to tell. The music scene still thrived, and whether that meant well established
bands bringing the noise to sleepy village pubs and cafes, or gigs being put on in weird locations, from boats, to tractor trailers, to caverns, there was an air of unpredictability and excitement surrounding gigs by local punk bands we loved like Bugga, Kelly Don’t Drive, or Baby Astrolab, a tradition honoured today by contemporary Cornish titans like Honey, Bastard, Night Motor and Blue River.

We wanted to pay homage to the kind of crazy, chaotic nights of live music we always loved going to growing up, and so we wrote a white-knuckle, punk rock party tune inspired by all the good times we’d had, with two fingers in air to the local scenesters whose cooler-than-thou attitude kept them from
getting stuck in and having some fun themselves!

As well as the good memories behind it, it’s a guaranteed party starter! Whether it’s opening the show and getting an instant reaction, or building towards it as the crescendo of the night, the place always goes off when we play this. The pace and energy we play this with always gets a big response, and we’ve lost count of the times The Captain has led a howling crowd through the call-and-response breakdown, while stood atop of chairs, tables, bars, beer kegs, ladders, scaffolding rigs, or any other kind of platform he
can lay his hands on!