Stories Behind The Songs with Fear Me December 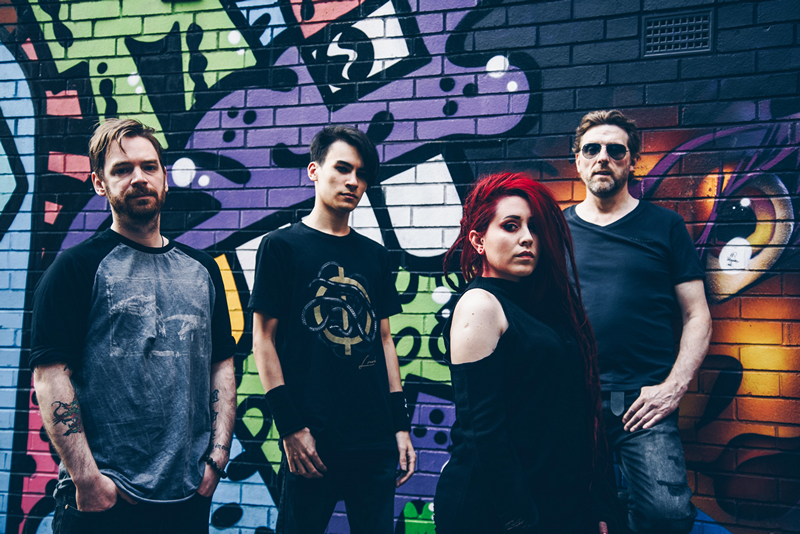 Ever wondered what your favourite artists think is the best song they’ve written? How about the meaning behind it? Well don’t fret because we at AltCorner have got you covered! Here Fear Me December take us behind the scenes on their favourite song!

Stu: Fight Me. It’s the heaviness of the riffs and the odd tempo during the verses that gives the song a special groove for me, it keeps me going until a melodic chorus comes in. There’s a lot of riffing so it was really fun to write, there was a lot of freedom.

Vic: I would have to say This Is Not Ok, this is the only song where my writing process was completely different for the rest. I came up with a melody that I was singing in the back of my head for months and when Val started playing guitar and then Stu and Tony joined it kinda felt like everything was flowing smooth like a tiger in a tuxedo. It took a few hours to write, I think it was the only song I never struggle with at all.

Valentin: For me it was Not Wired The Same. It’s the punk-rock vibe which I’ve always loved. It’s the heavy breakdown in the middle and the relaxed end that made me love this song. I love all of them, but this one felt special to be honest, also a lot of freedom to do lead guitars.

Stu: Valentin’s intro riff was the kickstart. We were working on a ballad originally and at the end of the day Valentin showed me the riff for the intro asking me if I could come up with a verse. Everything flowed like a charm from there.

Vic: Life, I mean…lately for some reason I’ve been more and more aware of what is going on around me. I just can’t cope anymore watching people thinking that they have the right to be mean, judge and bully other people, I can’t hold it anymore and I feel the need to stand for people who’s hurting.

Valentin: Musically I was just practicing and jamming alone when I started playing the leads for the intro. At first I didn’t think much of it but I did wonder how it would sound with drums and rhythm guitars, so I set up some midi tracks and recorded some guitar layers and it started to sound like something good so I kept working on it. The lyrics came after a few
conversations with people I love. They were going through hard times so I decided to put myself in their position and see the world as they saw it. It’s the first song I didn’t write about me but rather someone else.

Stu: As someone who enjoys listening to and playing heavy music, it’s everything I like in a heavy song. It has the attention grabbing main riff, the an aggressive verse, a big melodic chorus and a savage, groovy breakdown, along with Valentin’s amazing guitar solo. It’s the kind of song that successfully makes me want to get whiplash and break things.

Vic: As I said before is a song that pretty much came out with no effort and nicely, every instrument just fitted nicely with the voice. And when I step into the lyrics, is one of my favorite ones cause it’s more about reaching out to people who’s being bullied and is in pain, telling them to be strong, that they are not alone and we want to make them stronger to leave from that bad place they are. But is also a song that scream to people who’s being ass*****, that they have no right and we are not gonna take it anymore.

Valentin: It’s the freedom. The entire EP and this track in particular gave a kind of freedom I haven’t had in years. I’ve been the only guitar player in Fear Me December until Stuart joined us, so my way of writing was limited to doing the best I could with just one guitar, now that it’s two of us I can think of as many lead guitars I want to because I know we can play that live. So this track is mostly lead guitars for me, I had the freedom to create as many melodies and harmonies and everything I wanted. Yes, my ultimate goal is to write a song, not a 4 minutes solo, but I have more freedom now to do so, I can use different tools.