Stories Behind The Song with Icarus Dive

Ever wondered what your favourite artists think is the best song they’ve written? How about the meaning behind it? Well don’t fret because we at AltCorner have got you covered! Here vocalist/guitarist Joe Crook of Icarus Dive takes us behind the scenes on his favourite song! What is your favourite song you’ve written? Well there’s […] 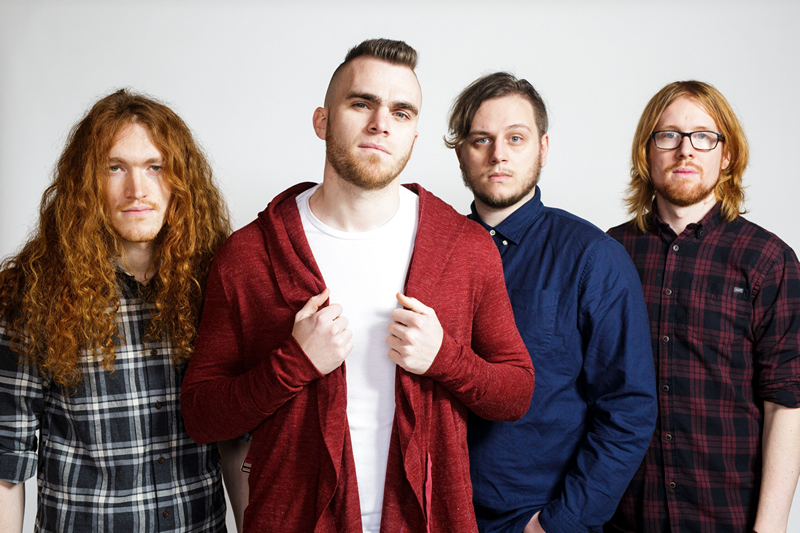 Ever wondered what your favourite artists think is the best song they’ve written? How about the meaning behind it? Well don’t fret because we at AltCorner have got you covered! Here vocalist/guitarist Joe Crook of Icarus Dive takes us behind the scenes on his favourite song!

Well there’s a good reason Hydra was our first release. It all came together so naturally and represented us as a band really well. I’ve always loved big intro tracks that fire up all cylinders and kick you in the teeth right off the bat. It’s got a lot of character and ticks all the boxes of what an Icarus Dive song needs to have; energy, intensity and a fist full of weird. Seemed like a good way to make a first impression.

Musically, we were trying to combine a bit of our raucous metal influence with a creepy, almost cartoonish, bounciness in the verses. We try not to take too much direct influence from any one band or song but inevitably you’re going to pick up on our preferences and background. It’s probably got a bit of Biffy Clyro in there, Muse maybe. Certainly some Queen in terms of the big harmonies.

The lyrics probably flowed forth more easily than any other song and that was because I was writing about exactly what I was feeling at that time. We were going through a shift of attitude where we were really starting to believe in ourselves as a band and were pushing more and more energy into it. Hydra talks about this kind of passion, bordering on obsession, that becomes all-consuming and this pivot from resisting that change to allowing yourself to be completely swept up in it. “Freedom through submission to what we’re made for” – Hydra.

It has this quirky kind of Danny Elfman approach to horror in places. We tried to represent that feeling of purpose as this overpowering demon, this unrelenting force that ultimately you have no real power over. It’s a dark way of looking at the thing we love to do.. but sometimes it’s fun to be dark!

Being our first release, it’s always going to be a special one for us. It was the first song we wrote after we started gigging and was really inspired by those first few shows. It’s a tribute to my band mates and the song that set us off on this path that we’re on. Hydra is literally a metaphor for us, the beast with many heads and that’s exactly how it feels when we lock together and play this song.